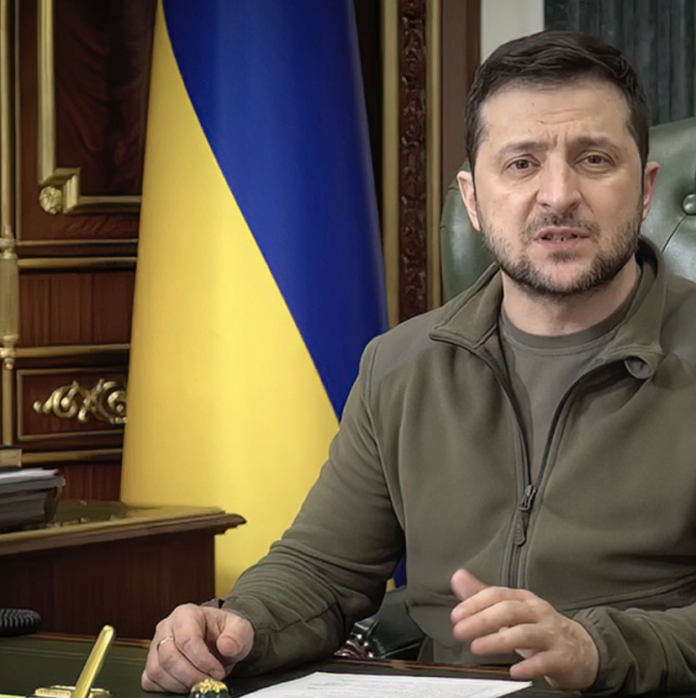 The war in Ukraine has been carrying on for longer than one month now.

Russian troops, for starters, have severely fallen short of expectations; meanwhile, the people of Ukraine continue holding their ground and fighting back against Putin’s soldiers.

Much of this can be attributed to western nations supplying various weaponry to Ukraine. However, the country is far from out of the woods.

Ukraine President Volodymyr Zelenskyy has called for a no-fly zone over his nation; however, NATO and western countries are holding off on this, due to the potential of such a move being perceived by Russia as a declaration of war.

Over the weekend, the president of Ukraine called for the West to show greater levels of “courage” in helping his nation ward off attack from Russia.

Reviewing Zelenskyy’s call to the West

On Sunday, the Ukraine president stated the courage of people in Mariupol is undeniable; this assessment comes as folks in Mariupol work to defend themselves against Russia’s invasion. Zelenskyy also confirmed that he remains in ongoing contact with these fighters.

Shortly thereafter, Zelenskyy called for the West and NATO to show “1% of [Mariupol people’s] courage,” rather than deliberating for over a month about sending tanks and jets.

The West continues attempting to walk the fine line of helping Ukraine without making moves leading to greater harm from Putin. Meanwhile, Zelenskyy continues to warn his country is in need of greater aid and support.

Putin, last week, declared that May 9 is when he plans to achieve “victory” in Ukraine. The Russian tyrant’s notion of victory entails taking over a sovereign nation and claiming it as his own.

A greater threat to democracy?

Over the weekend, US President Biden spoke in Poland, declaring Putin cannot hold onto power any longer.

Immediately, the White House walked this back; the Biden administration announced on Saturday that Biden’s statement meant Putin can’t claim dominion over Ukraine.

Meanwhile, Oksana Markarova, Ukraine’s ambassador to the United States, weighed in on Biden’s speech in Poland. According to Markarova, stopping Putin’s war in Ukraine will prevent its spread to other nations.