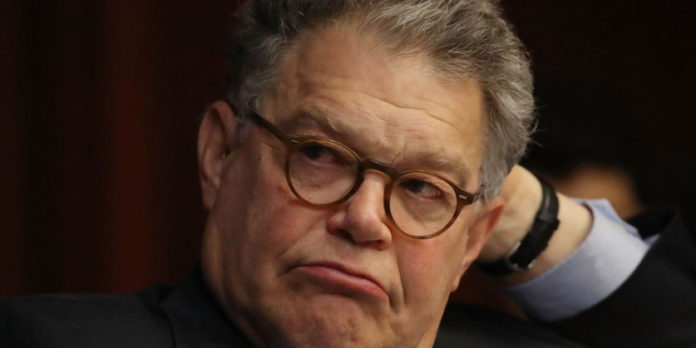 Democrat Al Franken is now facing allegations of sexual assault, as reported by The Hill.

Firstly, the accusations against Franken assert that he fondled and kissed a woman without her permission. Following the aforementioned allegations, Franken released a public statement in which he apologized for lewdly grabbing the breasts of TV host, Leeann Tweeden in 2006:

“I understand why we need to listen to and believe women’s experiences. I am asking that an ethics investigation be undertaken, and I will gladly cooperate.”

“The first and most important thing—and if it’s the only thing you care to hear, that’s fine—is: I’m sorry. I respect women. I don’t respect men who don’t. the fact that my own actions have given people a good reason to doubt that makes me feel ashamed.”

Like the others facing sexual assault, Franken has faced severe backlash. Many have already called for his resignation. Furthermore, Franken’s associates believe an ethics investigation is in order. Speaker Ryan, Senate Majority Leader McConnell, Senate Minority Leader Schumer, and Senator McCaskill have endorsed this.

As additional mounting allegations of sexual assault arise, many Americans are questioning the reasons behind them. The heavy matter has made the rounds on social media. Everyone is eagerly sharing their viewpoints. Some people have questioned the timing of the allegations, however, others believe the accusations expose a culture of rape.

Moreover, Americans are now citing the aforementioned allegations as evidence of “the swamp.” President Trump coined this term during last year’s election to highlight Washington corruption. Now, many people are wondering just how deep the swamp truly is.

Finally, the current state of affairs have promoted many Americans to believe that further allegations against members of Congress will follow.