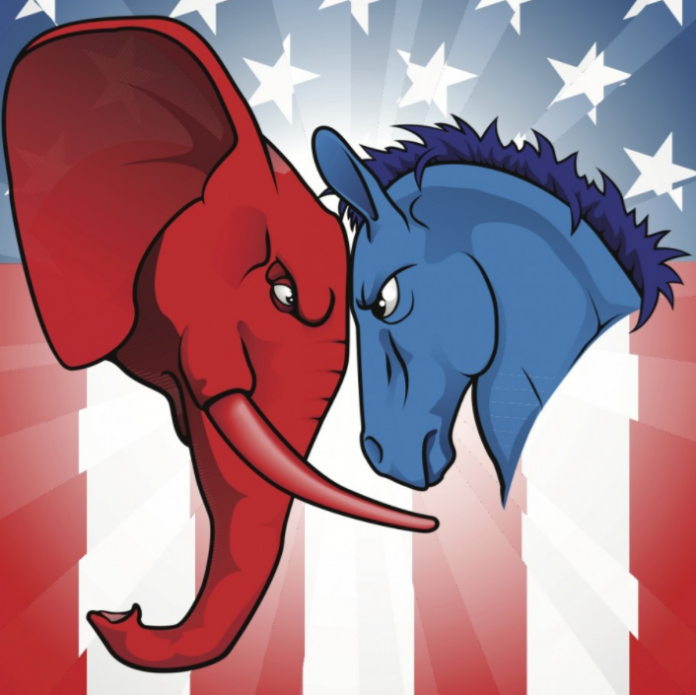 The mounting surges of government infighting and discord between Republicans and Democrats has prompted questions about whether or not America’s two-party system is coming to an end, reports ABC News.

The Potential End of the Two-Party System

The country’s overall dissatisfaction with the current state of government is no secret. Real Clear Politics affirms that only 37% of Americans believe the country is headed in the right direction. Similarly, the Congressional job approval rating rests at 19%. In just this year alone, two government shutdowns have occurred and many Americans are holding both Democrats and Republicans accountable.

To virtually no one’s surprise, the divisiveness has shown no signs of relenting. Republicans and Democrats currently remain at odds over immigration matters, particularly the fate of DACA and the creation of a Southern border wall. Some Americans have suggested that both sides compromise for the sake of finding a solution, however, this has not occurred.

In light of the aforementioned factors, conversations about the potential end of the dominant two-party system have arisen. Republican John Kasich shared his thoughts on the matter via ABC:

“I don’t think either party is answering people’s deepest concerns and needs. I mean I don’t think it’s going to happen tomorrow. Over time do not be surprised if these millennials and these Gen Xers begin to say, ‘Neither party works, we want something new.’”

The Ohio governor then expressed his views on midterm elections before slamming Democrats:

“People want me to criticize my party. Let me tell you about the Democrats. I have no clue what they stand for. We are heading into a midterm election where they are counting on the Republicans bouncing the basketball off of their foot and out of bounds … But how can you have a national political party that has no agenda? Just no agenda.”

The two-party system is seemingly more unpopular that some Americans might think. Despite what often appears to be contrasts between Republicans and Democrats, some people have stated that both parties are merely two sides of the same coin.

The foregoing theorem is somewhat parallel to the political belief known as the horseshoe theory. Nevertheless, the comments section of ABC News’ report shows that few Americans harbor fond views of the current two-party system:

“The demise of the two party system would be great as long as it doesn’t result in a [one-party] system.”

“We need to form the new party. We can’t survive if we can’t compromise.”

“The Tea Party pushed Republicans to the right and the liberals pushed the Democrats to the left. We need a third party comprised of moderates.“