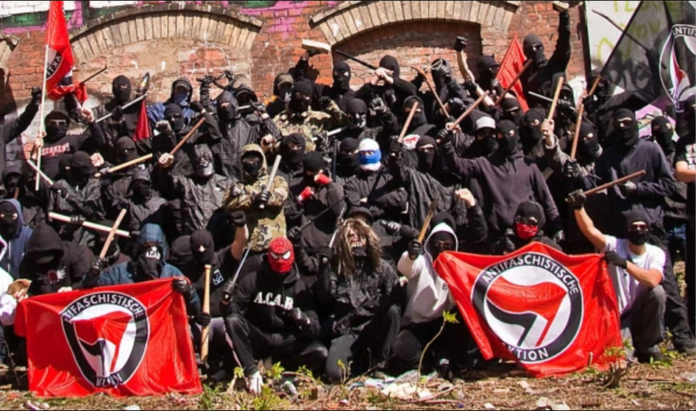 The notion of abiding by the laws is apparently lost on members of Antifa.

As reported by the Daily Wire, Takiyah Fatima Thompson was promptly arrested on Tuesday night after admitting to tearing down a North Carolina Confederate statue.

AntiFa and Destruction of Property

The destruction of historical public monuments followed after Saturday’s horrific Charlottesville riots. The Alt Right arrived with Nazi flags, lit torches, and proceeded to scream expletives. Unfortunately, the Alt Left, also known as AntiFa, foolishly took the bait. Following in the Alt Right’s footsteps, the Alt Left showed up with communist flags and proceeded to throw blows. The entire situation was a mess and resulted in the tragic death of a young woman.

Rather than taking the moral high ground, members of AntiFa worsened an already ugly situation. For starters, they ripped down a historical monument representing victims of the Confederate Army. Afterwards, Thompson proudly revealed herself as the ringleader of property destruction during an AntiFa gathering.

After Thompson’s admission, the police arrested her and and charged her with property damage and and felony incitement of a riot.

The Obliviousness of AntiFa

Thompson’s surprise over her arrest is slightly more shocking than the crime she committed. What did she expect? Ripping down public property is a criminal offense, as is inciting a riot.

Furthermore, prior to Thompson’s arrest, the Durham police announced their search for parties involved in the ruination of public property. Perhaps Thompson was unaware of this. Quite frankly, her cognizance, or lack thereof, is immaterial. She knew she was committing a crime. However she justified her actions is irrelevant.

Members of AntiFa need to understand a few things. First of all, their personal feelings do not outweigh the law. Secondly, the commission of crimes, especially on camera, will not go unchecked. Finally, ripping down historical monuments will not rewrite history. It is a cowardly, fruitless, and pointless endeavor.

The Fall of AntiFa

The arrest of Takiyah Fatima Thompson needs to serve as a warning to other people who are considering following in her footsteps. Criminal offenses are illegal regardless of personal feelings. Hopefully, the justice system will make an example of Thompson and prosecute her to the fullest extent of the law.

Ultimately, the destruction of public property is not a viable solution to racism or other perceived injustices. Changing America’s history is impossible. Those who have issues with current events need to find a way to intelligently articulate their frustrations. There are many ways to do this.