Home Business Why Is Apple Killing The iPhone 8?
SHARE 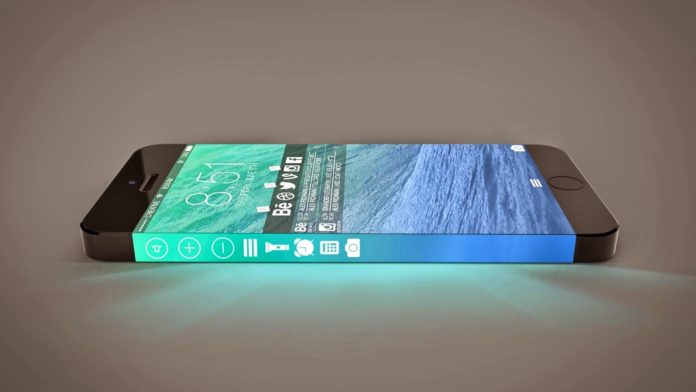 That seemed to be the implication of the Qualcomm release last week where they had filed with the ITC, (International Trade Commission) for a limited ban on iPhone 8 sales.  While Qualcomm is apparently working hard not to piss off the millions of iPhone users in the US the ITC is a regulatory agency and doesn’t work for either Qualcomm or Apple and could, all on their own, decide to block sales of the iPhone 8 and all other infringing Apple products (pretty much all the iPhones) if they determine Qualcomm is correct and that Apple is basically stealing Qualcomm’s intellectual property.

I’m struggling with Apple’s strategy here because they appear to be betting that they can get a very short term competitive advantage from the courts but the risk of failure could exceed half of their valuation.  This would be like betting your house against the chance of paying sales tax on your groceries for a month.  The effort seems so brain dead stupid I’m struggling with why Apple attacked Qualcomm in the first place.  Given their cash reserves, their inability to figure out what to do with them, and the current Trump administrations pro-business stance a far less risky path would have likely been to just try and buy Qualcomm.

The Dispute In A Nutshell

Qualcomm controls most of the patents that surround the Smartphone, in fact were in not for Qualcomm, we’d likely be still using flip phones (which for a lot of folks who appear to have attention issues and tend to walk or drive into things while staring lovingly at their Smartphone might be a good thing).   To get access to these patents Qualcomm requires a licensing fee which covers the cost of their development and provides a relatively modest profit given Qualcomm’s level of control.   Apple doesn’t want to pay the Qualcomm price even though their margins are the strongest in the industry and their related valuation has often been higher than any other company in any industry.  In effect, Apple is rolling in money but instead of focusing on building better products has flipped to a strategy of pounding on suppliers.  (Tim Cook’s background is in supply chain, not creating products, so he is doing what he knows which shouldn’t surprise anyone).

What they are doing reminds me of the old joke, and it is old because my Grandfather told it to me over 40 years ago).  The Joke goes like this:  A drunk seemingly well to do guy is in a restaurant famous for both a beautiful parrot in the window and giving the customer anything they wanted.  The waiter askes the drunk what he would like and he says he wants that famous parrot deep fried and on his plate.   The Waiter is aghast and says, but sir, that parrot is our symbol and it would cost $25K to provide it so surely he’d want something else.  He says no, points to the restaurant’s policy, and the waiter sadly agrees.

They prepare the parrot elegantly and then present it to the drunk customer who then says, “that looks great, now cut me off 25 cents worth”.   (You know I never found that joke funny because I figured at that point the restaurant owner likely pulled out a gun and shot the customer).

What Apple wants is apparently the value of what Qualcomm provides but they want to dictate the price they pay and given their massive wealth and market power they feel they can make this happen.  But….

Now, were Apple successful (which, fortunately for Apple, seems doubtful) every other firm would likely demand the same cut rate deal.  This would clearly cripple Qualcomm’s ability to provide technology reducing Qualcomm’s market cap sharply.  But the firm would still have value and companies like Alphabet (Google’s parent), Microsoft, Samsung, and Lenovo (Motorola) would likely move in aggressively to buy the firm.  None of these firms think that kindly of Apple and might decide to simply not license this core technology to Apple anymore.

Apple, in defense, would have to enter this bidding war so that the iPhone wasn’t effectively locked out of having access to Qualcomm’s technology.  And facing a firm that was even better funded than Qualcomm that was and less likely to license anything to Apple would be, given Apple’s dependence on the iPhone, a going out of business strategy.

So, if Apple won they’d maybe get two quarters of unique savings which they wouldn’t pass on to customers and use to spike their margins, but within a year, would have to either outbid firms that also have massive war chests, or face the possible collapse of the iPhone.

Now in their head they may be thinking that by crippling Qualcomm they’ll cripple all their competitors who are more dependent on that company but given how well funded the Japanese, Chinese, Koreans, Google, and Microsoft are I just think that outcome will be short lived and highly transitory.  Oh, and given the bidding war, the market may think that Apple overpaid for Qualcomm doing to Apple stock what the attempted Yahoo purchase years ago did to Microsoft’s.  This will make it hard for Apple to win the bid because it will make the effective cost to Apple far higher than just the money they spend for the firm.

I get that Apple thinks Qualcomm is overcharging them but the charges are consistent for the industry so getting rid of any part of them would only provide a short term competitive benefit to Apple.  On the other hand, Apple’s actions, if they fail, could cost them massively in terms of iPhone sales, and, if they succeed, it could either block them from access to critical patents or force them to buy Qualcomm at a massive premium to prevent that outcome.  Neither of these two paths are ideal.

So why doesn’t Apple just move to the end game and buy Qualcomm?  I just don’t think Tim Cook has really thought this through strategically at all.   I mean, if you want to buy your neighbor’s car you just walk up and ask what his price is and start negotiating.  You don’t first threaten his wife and kids or write nasty letters to his employer, because you may still end up buying the car in terms of legal fees, likely several times over, the only thing is you may not actually have a car (or house) to enjoy when the smoke clears.