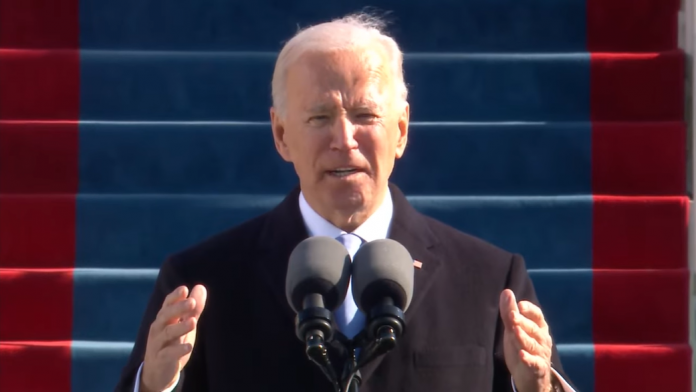 No doubt words have power and various connotations. Middle school graduates understand this. What many have not considered by President Joe Biden, however, is that once ‘word removal’ begins, there is a swift and steady flow of censoring that will follow. This has been evidenced in both Socialist and Communist countries for decades.

One of the first acts of Congress at the start of this new year, apart from yet another impeachment trial, was to abolish certain words from legal documents and speech. Words such as mother and father must be replaced with the parent. Sister and brother must be replaced with siblings. Democrats called this “making speech efficient and neutral,” then criticized Republicans for not agreeing immediately. Republicans countered with concern that removing personal titles and identifiers created cold and unfeeling language.

To reflect on “Newspeak” in Orwell’s book 1984, “to meet the ideological requirements of English Socialism in Oceania, the ruling Socialist Party created Newspeak, a controlled language of simplified grammar and restricted vocabulary designed to limit the individual’s ability to think and articulate “subversive” concepts such as personal identity.”

Next up on the chopping block of words to be removed by the President of the United States, is just “one small part of the sweeping immigration overhaul President Biden is pushing,” CNN reported.

President Biden replaced the word ‘alien’ with ‘non-citizen’. He reasoned this will make political documents less offensive. Some advocates for open borders have decried the term “alien” or “illegal alien” as a dehumanizing slur, rather than a description denoting residence and allegiance.

With such a torn and divided nation, Congress and newly installed President Joe Biden advocated for non-citizens instead of first unifying Americans or trying to correct a failing system.

President Trump engaged, for better or worse, the American people. Never have so many been willing to assist in restructuring and correcting blatant issues of a failing, power-hungry government of career politicians. However, it appears, only one political side of the aisle is invited to participate in the discussion.

According to the Immigration and Nationality Act (INA), an alien is an individual who does not have U.S. citizenship and is not a U.S. national, and as such owes no permanent allegiance to the state or country in which they reside. A non-citizen is a citizen of a foreign country lawfully admitted for permanent residence in the United States. This status of person is either conforming to laws of the Immigration and Naturalization Service of the Department of Justice (a “Resident Alien”) or is .

Yes, this country was set up to provide a safe-haven for all immigrants. And the American people recognize that and still uphold those principles. However, our government has routinely set up roadblocks in that pathway while widening the opening for entry.

Anyone who has ever seen a burst pipe in the street can understand that this is destructive not only for Americans, but for the unprotected masses entering who are not protected by US rights due to lack of citizenship or documents of legal entry and residence.

Changing terminology to appease the frenzied masses will never change the inherent problems created from the very politicians who are now in full control of the Legislative and Executive branches of government.