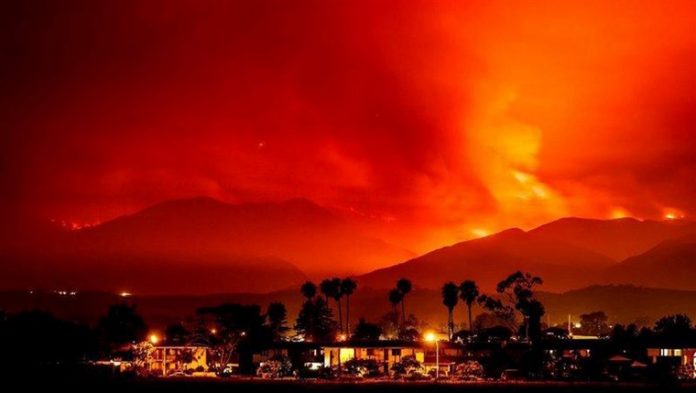 On Saturday, California Gov. Gavin Newsom announced the White House had granted his request for a Presidential Disaster Declaration. And thanked the President for his “partnership.”

On Monday morning, Gov. Newsom held a press conference and talked about the devastating “historic” wildfires that are raging on all sides of the San Francisco Bay area.

Newsom says that this week will be critical as the more than 14,000 active firefighters battle to stop the out-of-control flames.

Three massive blazes are currently impacting Northern California. And an estimate 625 wildfires are spreading throughout the state. Over 700 homes and buildings have been burned and an estimated 1.3 million acres have been scorched. Nearly a quarter-million people have been ordered to evacuate.

Gov. Newsom said that at least seven people have died, including five from the LNU complex. “We’re deploying every resource we have at our disposal,” he added.

Many of these blazes were sparked by unprecedented lightning storms when 12,000 strikes pummeled the state for days.