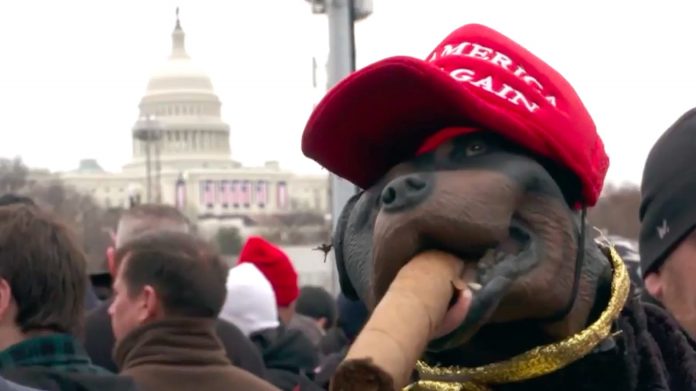 On Thursday night U.S. Capitol Police arrested nine unauthorized people in a congressional office building. The intruders were Colbert show staff. And are affiliated with the CBS “Late Show with Stephen Colbert.”

They will be charged with unlawful entry.

The Thursday night break-in took place after the third public hearing by the House panel investigating Jan. 6, 2021, intrusions at the Capitol. After one year there are currently a number of people still jailed for the unlawful or unauthorized access committed over a year ago.

Fox News was the first to report the story. Fox claims the Late Show staffers reportedly applied for press credentials for the January 6 hearing. The House Radio/TV Gallery denied the request since they are a comedy show and not considered “news”.

The production team was at the Capitol on Wednesday and Thursday to record interviews with various House members. Democrats Adam Schiff, Stephanie Murphy, and Jake Auchincloss, all heavily involved in the January 6th hearings, had each been interviewed by the cigar-chomping puppet.

Their political comedy will be aired on a segment of Colbert’s comic dog sketch.

“Their interviews at the Capitol were authorized and pre-arranged through Congressional aides of the members interviewed,” CBS said. “After leaving the members’ offices on their last interview of the day, the production team stayed to film stand-ups and other final comedy elements in the halls when they were detained by Capitol Police.”

AP says its sources will not talk about the investigation publicly and must remain anonymous.

The U. S. Capitol Police (USPC) issued a statement regarding the event. They received a disturbance call in the Longworth House Office Building around 8:30 p.m.

“Responding officers observed seven individuals, unescorted and without Congressional ID, in a sixth-floor hallway,” the agency claimed. “The building was closed to visitors, and these individuals were determined to be a part of a group that had been directed by the USCP to leave the building earlier in the day.”

The statement continues that the case remains “an active criminal investigation and may result in additional criminal charges.” Capitol Police refused to provide the names of the people who were arrested although they have routinely reported names of trespassers in the past.

It has been reported that the crew was escorted out of the building earlier in the day. But was allowed to re-enter by an aide to Auchincloss.