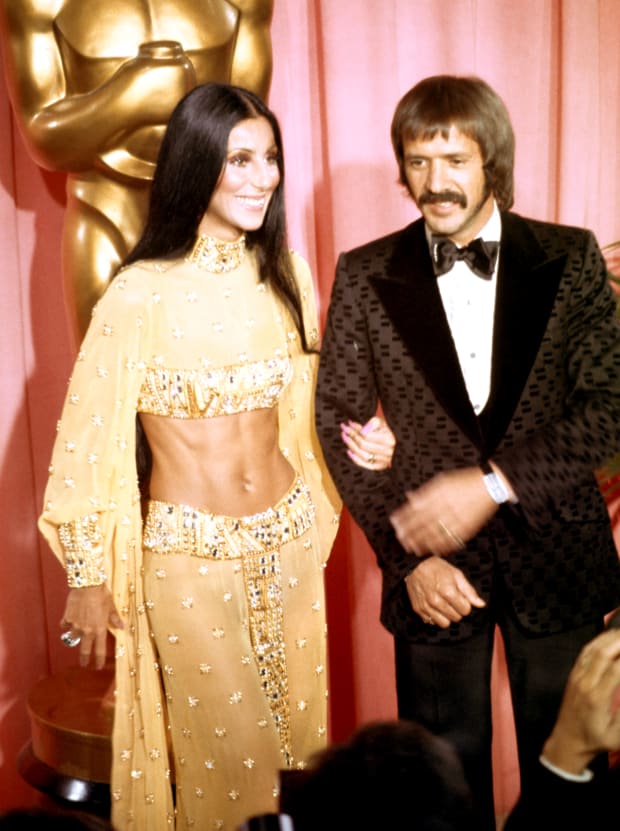 Cher has a lawsuit pending against former Republican U.S. Representative Mary Bono. Mary is the widow of Cher’s late musical partner and ex-husband Sonny Bono. Cher claims that an elaborate scheme is set to steal her Sonny and Cher hits royalty rights.

The lawsuit filing in a Los Angeles federal court details how Cher’s rights to the royalties were granted under the iconic couple’s divorce settlement. And claims there is a “scheme” to take away her 50% of the portfolio.

Under the Copyright Act of 1976, authors can in some circumstances, cancel transfers of their copyrights. And then reclaim them after 35 years. The provision is at the center of recent disputes involving Marvel, and its parent company Disney.

Sonny’s fourth wife and his children Chesare Bono, Chianna Bono, Christy Bono, and Chastity (Chaz) Bono were beneficiaries of his will. Sonny died in a skiing accident in 1998. And his estate included 50% of rights to all Sonny and Cher music. The other 50% was Cher’s.

According to the suit:

“In 1990, Cher formed The Veritas Trust, initially known as the Inshallah Trust, and transferred to herself, as Trustee of that Trust, her undivided fifty percent ownership of the Royalties, including her rights to receive accountings and payments with respect to her fifty percent interest.”

She alleges that at some time prior to April 2011, the heirs transferred their rights to receive Royalties, subject to their obligations to pay. And also account to Cher, as the plaintiff with respect to her fifty percent of the Royalties, to The Bono Collection Trust with Mary Bono as the sole Trustee.

In 2018 Wixen was in the news for its massive lawsuit against Spotify. Their business seems to be based on obtaining music rights.

Around 2011, the Bono Collection Trust and The Veritas Trust entered into three agreements with Wixen Music Publishing.

The first gave them a ten percent commission on publishing income with respect to the Songs and Music.

And the third agreement gives Wixen a fifteen percent commission on receipts from opportunities it obtains for the community property of Plaintiff and Sonny and Cher.

During their marriage, the iconic music couple wrote and performed music together. And also had a popular television show at the time. Their divorce agreement divides the royalties from Sonny and Cher hits like “I Got You Babe” and “The Beat Goes On” equally after their very public divorce.

Cher asked the court on Wednesday to block the trust that administers Sonny Bono’s royalties from terminating her rights. And to acknowledge her half of Sonny & Cher’s royalties granted in the divorce settlement.

According to the complaint, the Bono Collection Trust claimed that it sent 2016 notices of termination. Cher claims she never received notice of the “termination.” The notice went to several music publishers. And the trust claims they ended Cher’s royalty rights.

Cher was notified by the Bono Trust last month that it would stop paying her share of the royalties when the terminations go into effect, and that she no longer had the right to approve uses of their songs, among other things.

Cher asked the court for a declaratory judgment that the estate cannot terminate her rights. And requests at least $1 million in damages for the defendants breaching the divorce settlement. Since she doesn’t know the names of the responsible parties, except for Mary Bono she left “fictitious designations Does 1-10”  as placeholders to “identify those defendants when their true names and involvement in the infringements” are revealed.