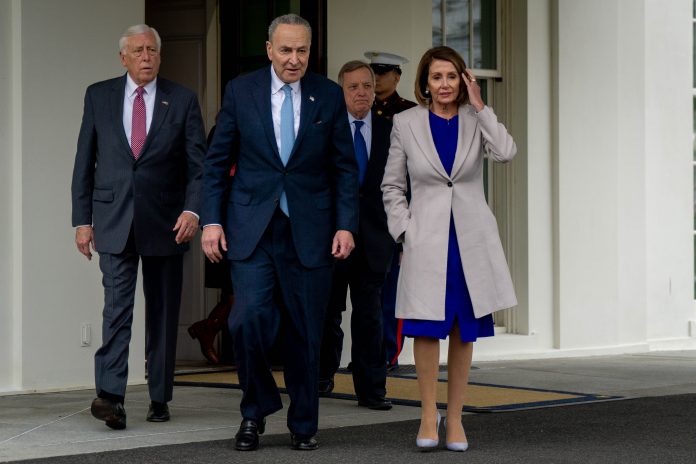 The United States is in the middle of several economic problems that are having serious consequences. The issues deal with inflation, supply chain backups, the unstable national deficit, staff shortages stemming from COVID vaccine mandates, and more.

In spite of this, Democrats are eager to make even more spending bills the law of the land. Collectively, the Democrat Party aims to pass $5.5 trillion in bills that will go to a variety of pet projects. Climate change, free handouts, and a host of other programs that increase government dependance are a few examples of what Democrats have in mind.

The left’s eagerness to make this happen comes as the 2022 midterm races are a little over one year away.

A closer look at the Democrat Party’s spending goals

Left-wing lawmakers are branding all the obscene spending they want to pass as “human infrastructure.”

According to the Democrats in Congress, this so-called human infrastructure entails the following: free college, free housing, expansions to Medicare, and more. The kicker from all this is Democrats want Americans to believe none of this is going to cost the country any money.

Multiple Democrat lawmakers are also openly admitting they see this all as crucial to winning the midterms. The view here is Democrats need to pass what they deem as “bold” legislation to make their base happy.

Right now, the left is not acknowledging the economic crisis in America. Democrats are ignoring the reality that the debt ceiling will, once again, expire in December. They’re also ignoring inflation and the massive, countrywide staff shortages.

The $5.5 trillion worth of spending Democrats have in mind is not sustainable; it is also not reasonable. As Republicans and fiscal conservatives continue to note, the country cannot endlessly spend money as if it grows on trees.

Republicans are of the view that getting people back into the workforce needs to happen. A huge part of this is ending incentives that push folks to stay home and not work. Another significant step will entail ending COVID vaccine mandates that engender firings and staff shortages.

The United States economy, in a nutshell, is on life support. Rampant government spending is tantamount to pulling the cord.