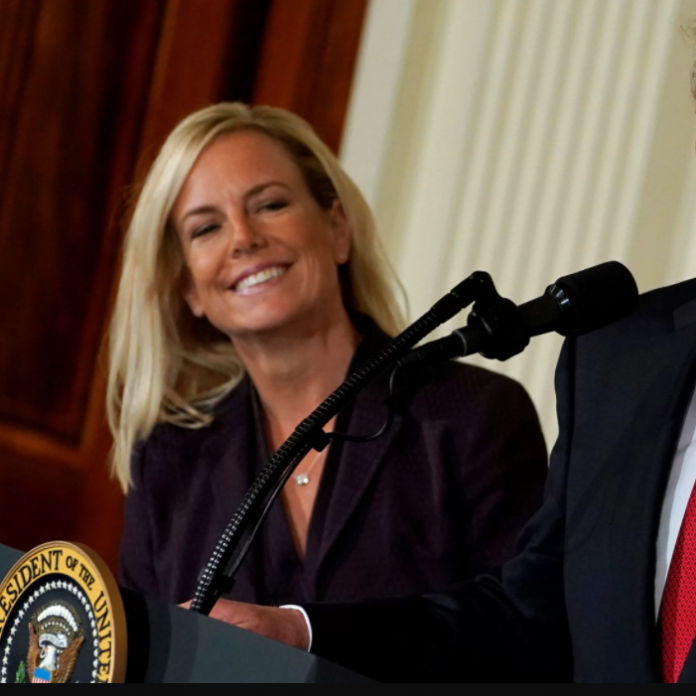 Leaders of sanctuary cities may soon be facing serious legal consequences, as noted by The Daily Wire.

Cracking Down on Sanctuary Cities

At the behest of DHS Secretary Kirstjen Nielsen, the Department of Justice is now looking into taking legal action against leaders of sanctuary cities who refuse to abide by immigration laws.

“The Department of Justice is reviewing what avenues may be available,” affirmed Nielsen. The DHS Secretary also stated that sanctuary city leaders are inherently placing ICE officials in potential harms’ way by failing to cooperate.

Nielsen’s decision follows after California officially became a “sanctuary state” on January 1, 2018. This enactment engendered strong criticism from conservative critics who noted what they view as the pitfalls of states enabling and harboring illegal immigrants.

“We’ve got to start charging some of these politicians with crimes.”

Debates over the existence of sanctuary cities have dominated the political scene for quite some time. Many liberals and progressives are all for these cities. They believe that illegal immigrants deserve to be treated not as criminals, but as “dreamers.” This is in spite of the fact that illegal immigrants cost American taxpayers roughly $116 billion dollars annually. More often than not, the argument for sanctuary cities employs the emotional appeal as opposed to a pragmatic one.

Conservative Americans, on the other hand, are generally against the existence of sanctuary cities.  Firstly, aiding and abetting known criminals is a crime in this country. Secondly, as noted by Nielsen, many ICE officials often face harm due to the enabling of sanctuary cities. The majority of Republicans and other members of President Trump’s base agree that people must enter American legally. Moreover, critics of sanctuary cities view illegal immigration as a slap in the face to both lawful immigrants and American citizens.

Ultimately, the Department of Homeland Security has moved to take action against leaders who willfully harbor illegal immigrants in sanctuary cities. Whether or not these politicians will change their course of action before the emergence of potential legal consequences remains to be seen.

Americans both for and against sanctuary city leaders have opined their thoughts on social media:

Please arrest these condescending, arrogant leaders in Sanctuary cities who have defied federal law and are putting ICE officers at risk!! I'd LOVE DeBlasio to be the 1st one in handcuffs!!#FoxAndFriends

The Trump Admin wants to disregard states’ rights so they can arrest elected officials for saying local LEOs should not do the job of the Federal Gov’t.
🤔 🤨 🙄