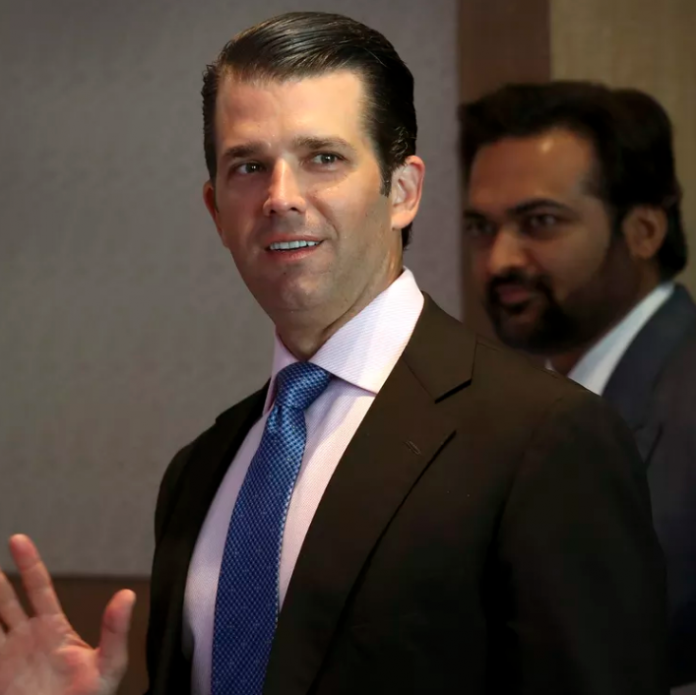 On Friday, Donald Trump Jr. took to Instagram, a popular social media platform, to express concerns regarding censorship of himself and conservative ideologies, according to The Hill.

Donald Trump Jr. is President Trump’s eldest son. Yesterday, he stated that Instagram promotes unsavory behavior. In his post, he displayed common hashtags associated with his name. Some of the aforementioned hashtags read as follows:

The list goes on and on. The eldest First Son furthermore stated that his usually consistent increase in followers had simply “dropped off.” Follower trends are noticeable and observable via Instagram Analytics.

Honestly it’s time for me to put this out there. For weeks I’ve been watching my #instagram analytics and noticed a crazy drop off in new followers. I used to average around 10,000 + new followers a week and then it just dropped off. See screenshot from last week where despite over 7,000,000 impressions THAT WEEK I added 0 new followers. Also see video and pic where a friend searching MY NAME got a message warning that “Posts with words or tags you’re searching for often encourage behavior that can cause harm and even lead to death”… REALLY?!?! Are you fricken kidding me? @zuck this is insane. I get that my 3 year old Chloe can be pretty aggressive as are a few of my humorous memes, but this is ridiculous. If this account “could cause harm and even lead to death” we have serious problems. The #shadowban nonsense and the hysteria RE any conservative thought has to stop. #enough #mastersoftheuniverse #censorship

As seen in Trump Jr.’s above Instagram post, he criticized the platform’s “shadowban” of conservative beliefs, moreover showing that posts associated with his name displayed a warning of “behavior that can cause harm or even lead to death.”

Donald Trump Jr. is not the first social media user to express concerns regarding the censorship of conservatives. Over the past few months, many right-leaning Americans have stated that platforms such as Facebook, Twitter, and even YouTube censored their posts and even sometimes deleted their profiles.

Last month, Trump supporters and conservative commentators Diamond and Silk criticized Facebook for censoring their content. The preceding criticisms arrived at the same time that Facebook took heat for mismanaging the personal information of users.

Earlier this month, Twitter, another popular social media site, announced their decision to crack down on accounts whom they deemed as “trolls.” Finally, in October 2017, the right-leaning PragerU sued YouTube and Google for unlawful censorship and discrimination against free speech. Suffice it to say, concerns about conservative censorship via social media are not new and also appear to be increasing.

What Do Americans Think Regarding Donald Trump Jr.’s Concerns?

As the political climate increases in divisiveness and toxicity, many Americans have different takes regarding claims of conservative censorship. However, readers of The Hill did not hesitate to weigh in with their thoughts regarding the eldest First Son’s assertions:

“When will these tech sites deal with liberal hate?”

“The social media moguls [were] cracking down on moderate liberals and conservatives for years. This should come as no surprise. The bay area is a hive of far leftist thinking.”

Instagram has not (yet) responded to Donald Trump Jr.’s concerns.