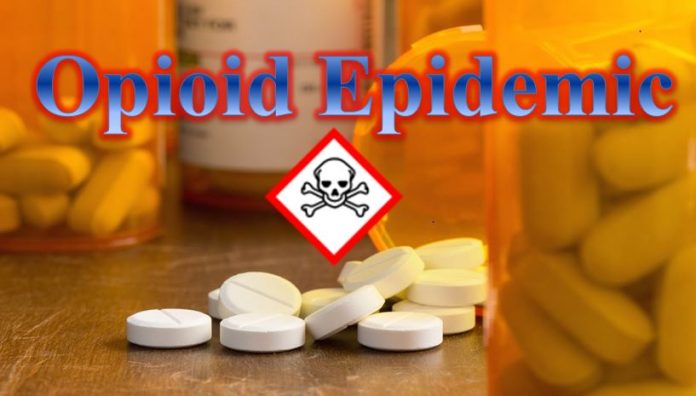 Four major drug companies in the United States are moving ahead with the proposed $26 billion deal to settle the lawsuits filed by states and local governments to address the opioid crisis across the country.

On Saturday, AmerisourceBergen (NYSE: ABC), Cardinal Health (NYSE: CAH), and McKesson (NYSE: MCK) announced that they are moving ahead to the next phase of the opioid crisis settlement.

According to the three major U.S. drug distributors, enough states agreed to join the proposed settlement, which was announced on July 21, 2021.

AmerisourceBergen, Cardinal Health, and McKesson determined that 42 out of 49 U.S. states, all five U.S. territories, and Washington D.C. supported and signed on to the deal.

The next phase of the settlement is to notify and convince local governments to join including those that haven’t filed a lawsuit. Local governments have 120 days to decide. The sign-on period ends on January 2, 2022. Each of the three major U.S. drug distributors will independently determine if a sufficient number of local governments decided to settle.

AmerisourceBergen, Cardinal Health, and McKesson believe that the deal “will allow them to focus their attention and resources on the safe and secure delivery of medications and therapies while expediting the delivery of meaningful relief to affected communities.”

A separate report from the Associated Press (AP) indicated the Johnson & Johnson (NYSE: JNJ) is also proceeding to the next phase of the settlement.

A “remarkable showing of unity” to address the opioid crisis

In a statement, North Carolina State Attorney General Josh Stein said, “Today’s milestone represents enormous progress in our work to get help for North Carolinians struggling with opioid addiction in every community across the state. The level of support by states we achieved is a remarkable showing of unity and commitment across the country to address this problem, and I am confident that the same will be true within North Carolina as we now move into the subdivision sign-on period.”

“I’m asking our local government officials to support this effort to help people in our state who are dealing with substance use disorders by signing on to this historic agreement. Now is the time to step up for your constituents,” said AG Stein.

A substantial portion of the settlement will be used to provide treatment for people suffering from opioid addiction and to stop the opioid crisis.

The settlement also includes injunctive relief to prevent drug companies from reigniting another opioid crisis in the future.

AmerisourceBergen, Cardinal Health, and McKesson are required to use data-driven systems to detect suspicious opioid orders from customer pharmacies for ten years.

In addition, AmerisourceBergen, Cardinal Health, and McKesson must require senior corporate officials to engage in regular oversight of anti-diversion efforts.