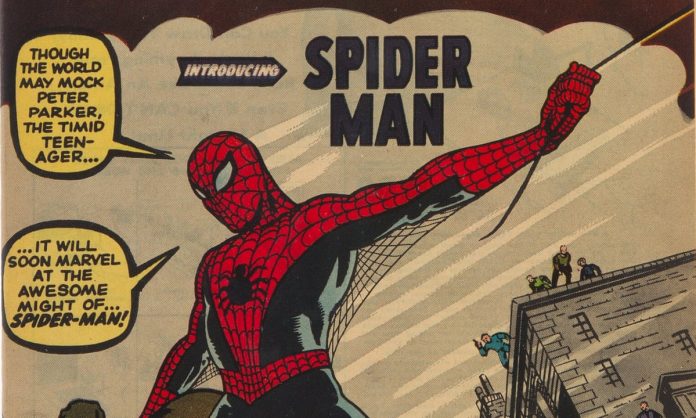 The first Spider-Man comic book just sold for $3.6 million. And this makes it the most valuable comic in the world. In April, the 1938 Action Comics #1, which introduced Superman, sold for $3.2 million.

On September 9, the first-ever Spider-Man comic set a new world record at Auction. The sale took place at Heritage Auctions in Dallas, TX.

This rare copy of Amazing Fantasy #15 was first published by Marvel in 1962. And it announced the debut of a new superhero, the Amazing Spider-Man.

The book grade was set at CGC Near Mint+ 9.6. This makes it the equivalent of only three other comics.

The other copies of the key Silver Age title have also been graded at a 9.6. The Silver Age of comics indicates a comic book published between 1956 and 1970. This is the first time that the record sales price of a comic is for one from the Silver Age.

Until now, the top spot of most valuable comics was always held by Golden Age (1938 – 1956) publications. It was in 1938 that Superman appeared. And superheroes first began to capture the world’s imagination.

The four known original Spider-Man comics still in existence are in near-mint condition. And they have been securely stored in private collections for many years. The collectors are speculating on when to put them on the market.

“Heritage has been auctioning comic books for 20 years, and seemingly every one of those 20, someone has reached out to us asking if we knew the whereabouts of one of the 9.6 copies of this book,” said an auction house spokesman.

The last time one of the rated 9.6 Spider-Man copies surfaced was back in 2011. It was sold for $1.1 million in a private deal. The latest sale means the value of this title that’s graded near-mint has more than tripled in a decade.

Vintage comics in good condition are commanding high prices. And this year’s record sales of introductory issues of Superman and Spider-Man will turn the temperature up even more.

ComicConnect’s Vincent Zurzolo brokered the deal. Coincidently, he brokered the private deal to sell Action Comics #1 in April. After the sale, he said, “The vintage comic market has never been stronger, and this sale showcases how hot it really is.”

“What better book to break the record than the debut of Marvel’s most beloved character, Spider-Man?” commented Heritage Auctions Vice President Lon Allen.

“Amazing Fantasy #15 is the Action Comics #1 or Detective Comics #27 of the next generation. I’m honored to have been a part of the most important comic book sale to date. In my 20 years at Heritage, to bring the most expensive book to market has been the pinnacle of my career,” Allen added.