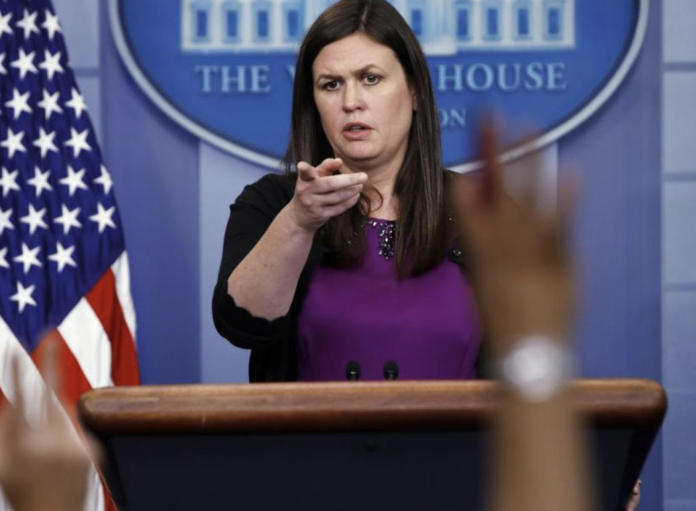 On Thursday, Fox News host Jesse Waters criticized unruly reporters who shout, speak out of turn, or otherwise behave inappropriately, as reported by The Hill.

An Overview of Waters’ Remarks

Over the past few months, the nature of the White House’s daily press briefings has grown considerably hostile. Certain reporters have criticized press secretary Sarah Sanders for her answers towards their questions. Moreover, various members of the press have even shouted at Sanders and spoken out of turn at inappropriate times.

One example of the foregoing outbursts occurred yesterday; controversial CNN reporter Jim Acosta questioned Sanders about the Trump administration’s recent policy of separating the children of illegal immigrants from their parents when caught trying to sneak across the Southern border. Acosta mentioned Attorney General Jeff Sessions’ reference to the Bible as a means of defending the highly contentious policy.

The press secretary responded by stating that following the law is mentioned throughout the Bible on multiple occasions. However, this reply greatly displeased Brian Karem, another reporter who began shouting at the press secretary, demanding to know whether or not she had empathy for illegal immigrants who unlawfully cross the border.

“They are jokes. They need to start ripping press passes away. If you’re going to act like a wild animal, you don’t belong there.”

Brian Karem’s decision to shout and speak out of turn during Thursday’s White House press briefing rapidly trended throughout the mainstream media. Many Americans subsequently weighed in with their thoughts regarding the conduct of the reporter.

Many conservatives and right wingers have affirmed the pitfalls of illegal immigration and those who sneak across the border. While left wingers overwhelmingly view the Trump administration’s latest immigration policy as unfair, conservatives have noted that abstaining from illegal border crossings would halt the problem before its inception.

As of now, both Jim Acosta and Brian Karem remain in possession of their press passes.

Readers of The Hill weighed in with their thoughts regarding inappropriate outbursts from reporters during daily press briefings:

“Fox entertainment personalities are not qualified to understand what a real reporter is.”

“Jesse is right…..reporters are supposed to report the news not become the news. Highly unprofessional…“