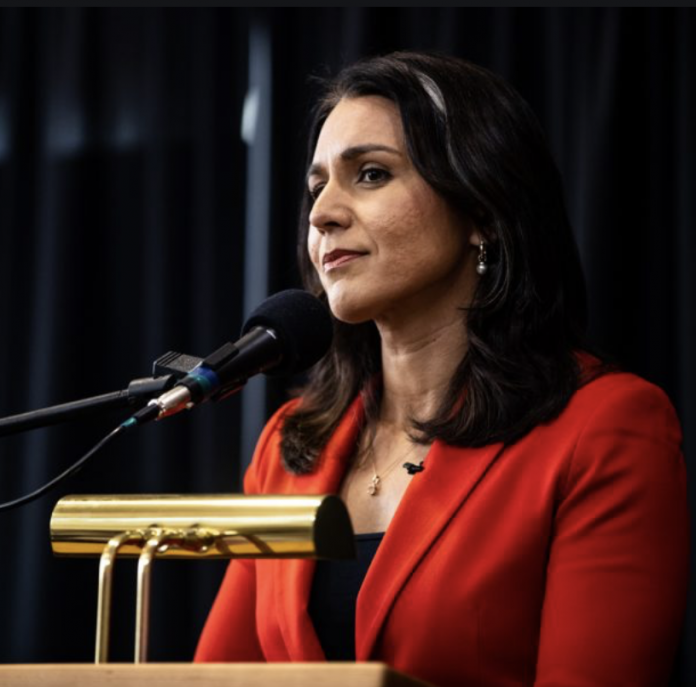 Several Democrats who failed to meet the criteria to attend the third primary debate simply dropped out of the race. Those now former candidates include Kirsten Gillibrand, John Hickenlooper, Jay Inslee, and Seth Moulton. However, other candidates who won’t make the debate stage later this month are still running; Marianne Williamson, Tom Steyer, and Tulsi Gabbard are some examples of those candidates.

This weekend, Gabbard actually spent time speaking with voters at a town hall in Atlanta, Georgia. After her recent return from a campaign hiatus in order to train with the Army National Guard, Gabbard made very clear that she’s still in the race. As a matter of fact, Gabbard bluntly stated that not qualifying for the primary debate later this month has not encouraged her to end her campaign.

Gabbard’s Words on the State of Her Presidential Campaign

During Gabbard’s time in Atlanta, she touched upon what her campaign means to her. She stated that much is at stake in America and affirmed her belief in her run for office. Then, Gabbard noted that members of the media have asked her if she’ll drop out since she won’t appear on the third debate stage.

The 2020 hopeful’s precise statements regarding a potential drop-out read as follows:

“I started hearing from a lot of people in the media when they said, ‘OK, you didn’t make the third debate. Are you quitting?’ Hell, no! Hell, no! If any of them had been listening to what I’ve been saying about what this movement is about, about why I’m running for president, and what is at stake, they would understand why we are here and why we will never quit!”

Attendees at the Atlanta town hall responded to Gabbard’s remarks with notable cheers and applause.

More on Tulsi 2020 and the Third Debate Requirements

Gabbard and other Democrats who won’t make the third debate stage have censured the DNC. They’ve also requested that the DNC modify the rules to make the debate; although, the DNC has provided zero indication that they will do any such thing.

Towards the end of last month, Gabbard stated that the timing of poll releases could adversely impact candidates’ ability to meet applicable thresholds.