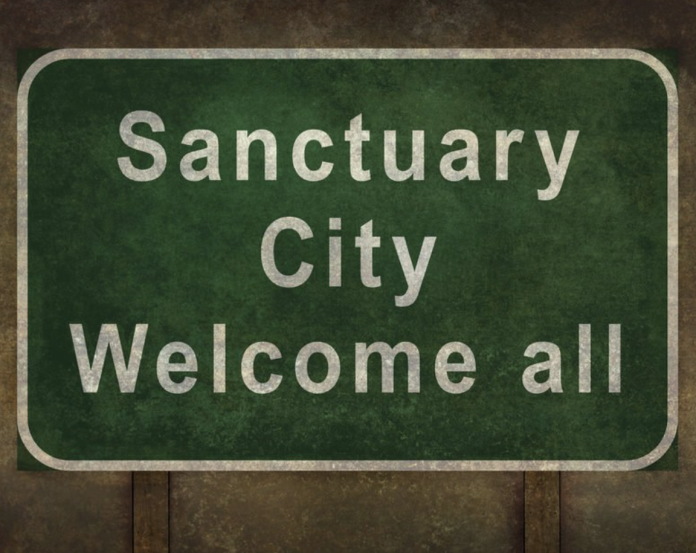 Republicans and conservatives have taken issue with sanctuary cities for quite some time.

As sanctuary cities affirmed their unwillingness to follow immigration laws, the right-wing pushed to yank back government funding. However, the courts halted this movement shortly after its inception.

The GOP isn’t giving up though. Earlier today, Americans learned that Republicans renewed the fight to pull funding from sanctuary cities.

House GOP members submitted a bill which would eliminate specific grants to sanctuary cities which fail to comply with the immigration laws. Many sanctuary cities fall into this category, seeing as leaders have come out and flagrantly announced their refusal to enable the deportation of illegal immigrants.

“We’re not targeting terrorism preparedness, drug enforcement or other DHS grants unrelated to immigration. This is in no way going to disrupt law enforcement practices that are ongoing as respect to those grants.”

Various conservative groups and groups centered around enforcing legal immigration are supportive of the GOP’s new legislation. Groups such as the Federation for American Immigration Reform (FAIR) regularly speak out against sanctuary cities and the subsequent risks which they pose.

The newly introduced legislation is guaranteed to face resistance from Democrats. The Democrat Party is extremely supportive of sanctuary cities and furthermore views them as rightful safe havens for individuals who enter America illegally. Those on the left-wing tend to focus more on the reasons which prompt unlawful entry, as opposed to the actual breach of immigration laws.

GOP House members should expect a challenge from their Democrat counterparts.

Immigration Under the Trump Administration

Since President Trump’s time in office, immigration has served as a major policy issue. The president maintains that illegal immigration is problematic to America, hence his construction of a wall at the Southern border. This is something which Democrats have repeatedly attempting to fight Trump on.

Additionally, the Trump administration is working on a system which promotes and prioritizes merit-based immigration. This is yet another measure which has already caused pushback from the Democrats.