On Monday, Gov. Ducey signed an executive order requiring all State agencies to adopt new hiring practices. He wants to ensure that those who served time in prison and released to the society have second chance opportunities.

The governor’s executive order indicated that approximately 1.5 million adults in Arizona have arrests or conviction records. Offenders who find employment following release are less likely to go back in prison. As a result, the state government saves taxpayers resources and contributes to economic improvement.

In a statement, Gov. Ducey said all Arizonans deserve the second chance to make a living no matter their background or past mistakes. They deserve a better life for themselves and their families.

According to him, “This is not only right, it will mean more people with jobs, and less people returning to prison.”

All state agencies will be using the new hiring practices. Agencies are required to delay questions related to an applicant’s criminal record. An applicant must first go through the initial stages of the application process and receive initial interview. Delaying questions related to criminal conviction will ensure that all applicants receive fair consideration for job openings.

One of the priorities of Gov Ducey is expanding second chance opportunities for Arizonans with past criminal convictions. His administration increased the number of employment centers to corrections facilities across the state. The centers provide job seeking skills to inmates with post-release employment services. They also receive assistance to transition back into the society from the employment centers.

Early this year, Gov. Ducey launched a pilot program to address opioid addiction among inmates. Inmates were treated with opioid-blocking Vivitrol before and after their release from prison. The treatment helps increase their chances of a successful reentry to the society.

Additionally, the governor requested a $1.5 million funding to establish a post-release fire crew in January. The funding is included in the state’s 2018 budget. 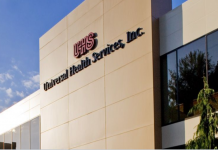 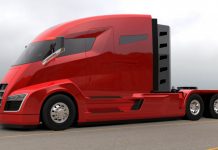