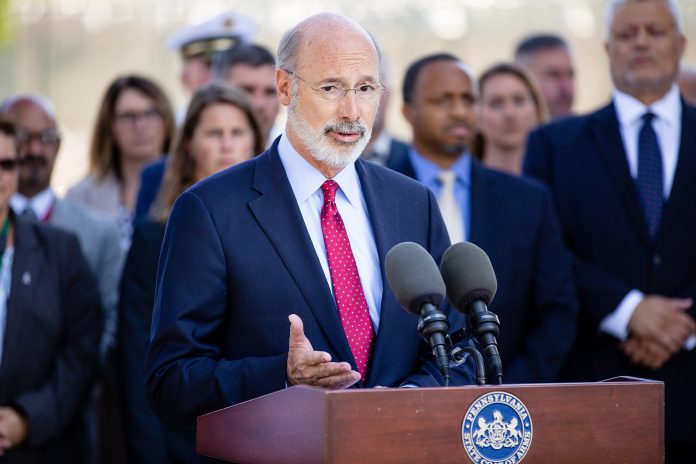 Pennsylvania Gov. Tom Wolf called on the members of the state’s General Assembly to prioritize passing legislative reforms to empower, protect and support victims of crimes.

In a statement on Monday, Wolf noted that the Assembly has pushed aside “many pro-victim bills” in the past 18 months. He demanded that state lawmakers put the welfare of the victims first and “take action on these proposals” when they return to session next week.

In addition, the governor referred to the recent grand jury report on child sexual abuse by Catholic predator priests. He said it was a “gut-wrenching reminder that our laws are failing too many victims of crime.”

According to that report, 301 priests in six Catholic dioceses in Pennsylvania sexually abused more than 1,000 children. The reports said that leaders of the Catholic Church committed a pattern of systemic coverup. Their priority was avoiding scandal instead of helping the victims, according to the grand jury report.

Wolf: It is ‘Unacceptable’ to Stall Legislation That Would Help Victims

“There are too many issues, including domestic violence, child sexual abuse, gun violence and sexual assault, where bills that would help victims and protect families are stalled in the legislature, and this is unacceptable,” Wolf said.

Earlier this month, he demanded that the Pennsylvania legislature amend state law to allow victims to file lawsuits over sexual abuse that happened to them decades ago. He reaffirmed his support for the proposals in the grand jury’s report.

In April, Wolf encouraged lawmakers in the Pennsylvania House to pass a package of bipartisan domestic violence legislation.

In September last year, he introduced a bipartisan “It’s On Us” legislative package. Its goal was to empower and protect victims of sexual assault.

“I urge the legislature to move quickly to deliver for victims of crime, abuse and harassment in Pennsylvania,” the governor said.

Meanwhile, Jennifer Storm, an award-winning victims rights expert and author and currently serving as Commonwealth Victim Advocate, commented, “We are at a critical juncture in time where our General Assembly has an opportunity to put victims and survivors at the forefront of its work ensuring protection, healing and restoration.”