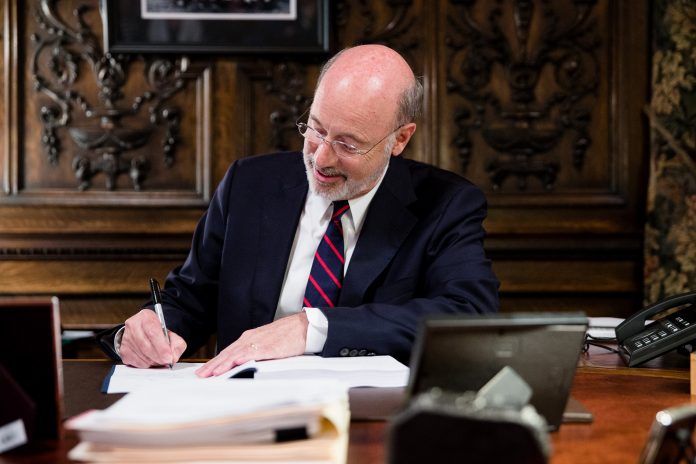 Pennsylvania Governor Tom Wolf signed a package of legislation to increase support and protections for victims of crimes.

In a statement, Gov. Wolf said, “We’re here today to recognize a successful joint effort at bringing a package of bills across the finish line that will help ensure Pennsylvania’s criminal justice system supports victims.”

He added that the package of legislation enables prosecutors to easily seek justice for victims. The legislation removes some factors preventing victims from reporting the violence committed against them.

Gov. Wolf emphasized that crime victims “deserve the most support we can possible give them.”

On the other hand, Ms. Storm commented, “This legislative session has been unprecedented and historic in its passage of laws that seek to protect crime victims in the Commonwealth of Pennsylvania.”