Home Opinion Gowdy Slams Dems on Impeachment: They are ‘Not Going to Win’
SHARE 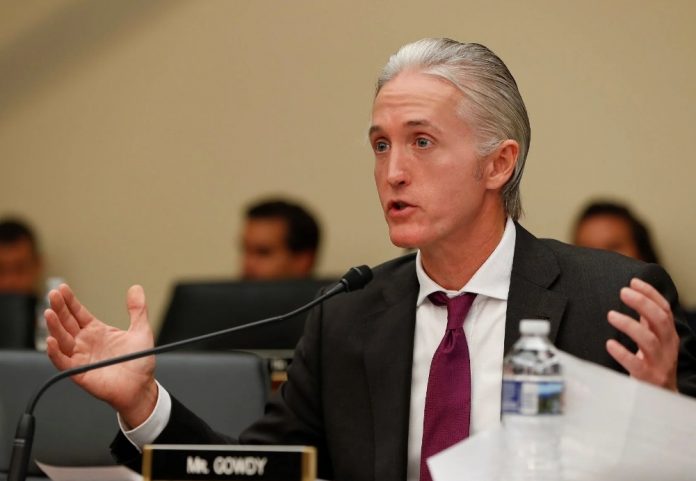 Former Rep Trey Gowdy lashed out against the second attempt to impeach former President Donald J Trump, adding he was sure Democrats wouldn’t be successful.

Gowdy said he believes Democrats chose the “dumbest of all impeachment articles” as a result of their haste to impeach the president, adding that House Speaker Nancy Pelosi is more concerned about the court of public opinion than the position of the 100 senators in Congress.

“I can tell you having done trial work when you start the trial with half of the jury thinking you shouldn’t even be there, you’re not going to win,” Gowdy said on Fox News Monday in response to a question about the prospects of Trump being impeached for “inciting” the Jan. 6 Capitol siege.

He added: “None of those 45 will change their mind.”

The 45 being referenced are the senators that supported Republican Senator Rand Paul’s motion which deemed the impeachment of a private citizen as unconstitutional.

The former prosecutor also warned Democrats about penalizing political rhetoric by pointing out inflammatory comments made by Democrats in the past.

“You know what, if you’re going to start penalizing hot political rhetoric, let’s do it for both sides,” Gowdy said after mentioning Vice President Kamala Harris’s treatment of Supreme Court Justice Amy Coney Barrett during her confirmation hearing.

The ultimate goal of this second impeachment is to make sure that former President Trump would be ineligible from holding office ever again.

Unfortunately, the behavior of the Democratic Congress members is only shoring up the divide along the aisle. There is little chance that after silencing of half of the voters, unity will be achieved.

Perhaps the 2016 President loss cut so deeply, that the Democrats will stoop to any level to ensure a Washington outsider never attempts to run for President again.