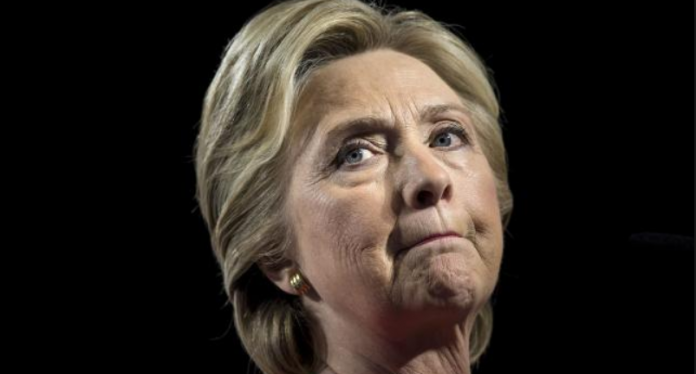 Everything You Need to Know About Clinton’s Current Ratings

The results of a Gallup poll place Hillary Clinton’s approval rating at 36%, while her disapproval rating has skyrocketed to 61%. Gallup also informs that Clinton’s attempts to explain her defeat to President Trump have not helped her standing whatsoever.

Since Clinton’s failure to secure the Presidency, she has engaged in a series of behaviors that have attracted strong criticism. For starters, she blamed many people for her election loss, including but not limited to, James Comey, the FBI, Barack Obama, and, of course, President Trump. Many Americans questioned whether or not Clinton had taken the time to consider that her email scandal, acceptance of leaked debate questions, admission to having both a public and private position, among other things may have contributed to her downfall.

However, shortly after assigning blame to the aforesaid parties, Clinton’s election memoir came out. Titled, “What Happened,” the book essentially divulged into Clinton’s perspective on the election and why she lost. Various excerpts from the book also drew national attention. Critics slammed Clinton for pointing the finger at Bernie Sanders, even after he campaigned for her. They also questioned Clinton’s assertions that a “creepy” then-future President Trump stood too closely to her during the second Presidential debate.

What Are Americans Saying About Clinton’s Current Ratings?

Despite the Gallup’s findings, some Americans have questioned the accuracy of the poll. “This [36% approval rating] seems way too high and we wonder if the polling was conducted by the same pollsters who predicted that she would win the election,” commented one Breitbart reader.

Other readers have theorized that Clinton still wishes to become President:

“It matters because Hillary still wants to become President. As long as that’s even a remote possibility her approval numbers matter.”

“She has already said she’s done with politics and I seriously doubt the Dems would want to take a chance with her again,” countered another person.

Finally, someone suggested that Clinton’s approval ratings were always low:

“Killary’s approval ratings were never high. The fake news only made it look that way.“