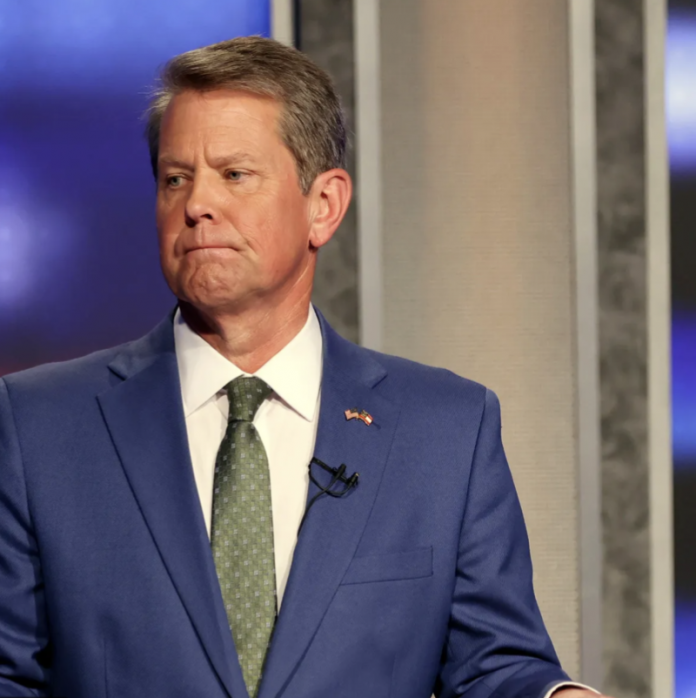 In Georgia, the gubernatorial primary election is quickly coming to an end. On Tuesday, May 24, Democrats and Republicans in Georgia will decide which candidates they want to nominate for the general election.

Thus far, it is very clear that Stacey Abrams will secure the nomination of the Georgia Democrat Party. After all, she is running in this primary without opposition.

However, on the GOP side, things are a bit different. Georgia Republican Governor Brian Kemp is battling against former ally and ex-GOP Sen. David Perdue.

Recent polling showed the incumbent governor with a 26% lead over Perdue. However, Kemp’s lead has since soared to a new height of 38%.

The latest breaking news on Kemp vs. Perdue

Both Republicans competing in the primary have their own campaign messages.

Kemp remains adamant that as someone who defeated Abrams back in 2018, he’s more than capable of doing so again. Likewise, the Georgia governor states his record in office more than makes the case for his re-election.

Perdue, meanwhile, has a very different argument. The former senator charges Kemp with looking the other way on election fraud and letting Republican voters down.

Both GOP primary candidates have debated each other twice, with one more debate coming up before May 24.

However, a brand new survey from ARW Strategies shows Kemp polling at 59.4% support from Georgia Republicans. Perdue, despite carrying the Trump endorsement, polls at 21.5% with GOP Georgia voters.

If the Georgia governor manages to win the primary race by at least 50%, he’ll automatically clinch the GOP nomination, steering clear of a runoff against Perdue.

After the 2020 presidential election and the 2021 midterms went in the favor of Democrats, much of the nation is eager to see how this year’s Georgia elections turn out.

The governorship will play a huge role. Another factor will be the Senate election. Democratic Sen. Raphael Warnock is presently up for re-election.

Meanwhile, on the Republican side, sports star Herschel Walker appears set to win the GOP primary. This would then lead to a Warnock vs. Walker contest in the general Senate election.

Whether or not Georgia regains its status as a red state or completely flips blue will impact the nation and the power balance in the US Senate.