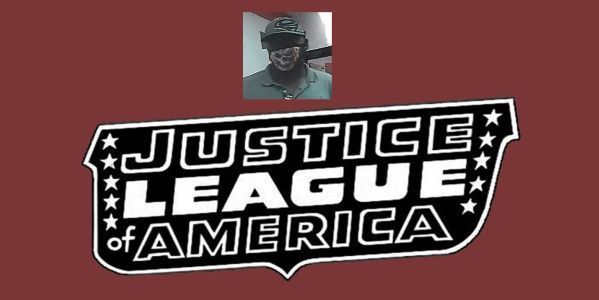 The FBI Violent Crime Task Force in Houston, Texas, is asking the public for help. A man wearing a gray Superman cap known as the “Justice League Dropout” has robbed three banks in two weeks.

Crime Stoppers of Houston is offering a reward of  $5,000 for any information that helps law enforcement in his identification and arrest.

The suspect walked in the store and headed to the First Convenience Bank where he approached the teller. He gave her a note demanding money and she complied. The Justice League Dropout then quickly exited the bank with an undisclosed amount of money.

The FBI seeks the same suspect in connection with a robbery that took place on Aug. 12 at approximately 1:05 p.m. at the JPMorgan Chase Bank. The Houston, Texas, bank is located at 10420 Westheimer Road.

Witnesses noticed the Justice League Dropout because of the gray baseball cap he wore. which has a large Superman logo on the front. The suspect is approximately 6’1,” African-American, with a somewhat stocky build, and he is estimated to be in his late 30s or early 40s. He also wore a surgical mask, blue latex gloves, a gray T-shirt, and black shorts.

The suspect entered the bank and walked over to a teller. He gave her a demand note and when she hesitated he shouted at her, “I’m not playing! Hurry up!” The teller gave him an undisclosed amount of money.

The Justice League Dropout robber is also suspected in the robbery of Convenience Bank, located at 9919 Westheimer Road in Houston on Aug. 24, 2020.

At noon, the suspect walked into the Kroger supermarket, located at 9919 Westheimer Road, just a few miles from the location of his first suspected robbery

He went directly to the First Convenience Bank located in the store. Then presented the teller with a note demanding money. The teller paused and the suspect mumbled something threatening. In fear for her life, the teller gave him an undisclosed amount of money. Then the suspect fled on foot.

The suspect was again wearing a gray baseball cap with a large Superman logo on the front. He also wore eyeglasses, a black skull mask, and a green collared polo shirt.

The Houston FBI is asking your help to find and capture the Justice League Dropout robber.

You can also submit tips through the Crime Stoppers of Houston app, by downloading from the app store for both iPhone and Android devices.

Bank surveillance photos of the suspect are posted on Twitter @FBIHouston.