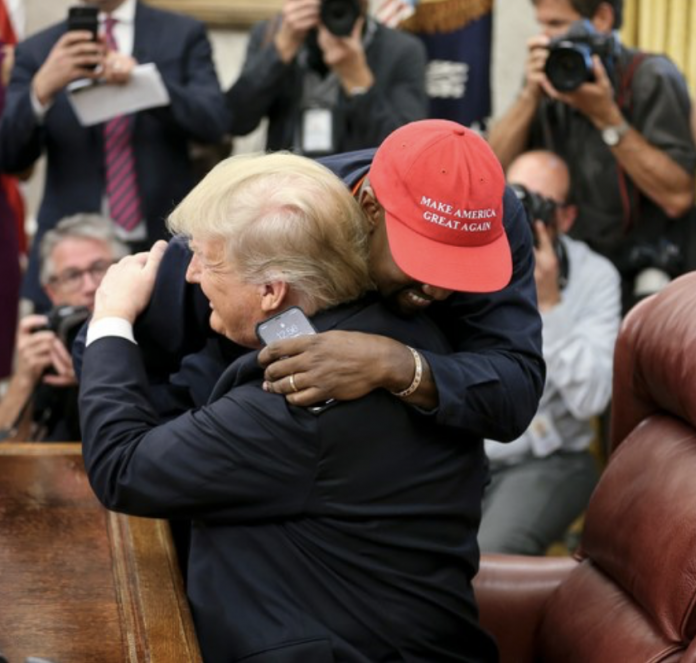 Since Donald Trump’s time in politics and as president, his critics have made no bones about going after his supporters. Various media outlets and Democrats have branded individuals who support Trump as “deplorable,” an “army of trolls,” and worse. These accusations largely contribute to why certain news networks are referred to as “fake news.”

On Saturday, rapper and hip-hop megastar Kanye West held a church service in Salt Lake City, Utah. During this time, Kanye spoke about his support for President Trump and he noted the historical actions of the Republican Party.

The rapper furthermore noted the importance of choice and stated that making decisions purely based on one’s color is a manifestation of “mental slavery.”

An Overview of Kanye’s Latest Statements on Politics

Yesterday, Kanye spoke to an audience of thousands; the rapper noted that former President Abraham Lincoln (and a member of the Republican Party) freed the slaves.

Shortly thereafter, Kanye challenged the notion that African-Americans shouldn’t support President Trump. This is a notion which many individuals on the left-wing hold dear. Throughout his remarks, West noted the importance of having choices and not succumbing to “mental slavery.”

“Abraham Lincoln […] The Republican Party freed the slaves. People want to call me a coon because I chose my right. We got the right, right? We got a right to our opinions, right? You black, so you can’t like Trump? I ain’t never made a decision only based on my color. That’s a form of slavery, mental slavery!”

Check out what Kanye West had to say about the history of the Republican Party and African Americans. @kanyewest should host a inaugural ball for @realDonaldTrump re-election because the @GOP is definitely keeping the White House in 2020! #Woke #Kanye #GOP #Trump2020 pic.twitter.com/TI1ISDvCIf

The statements from Kanye West are not simply coming from nowhere. There are plenty of left-wing individuals who are shocked when people of color support the president. Furthermore, Democrats, as a collective, have faced backlash for words and behaviors which suggest that minorities must automatically support left-wingers.

Conservatives and others on the right-wing often censure Democrats for identity politics. The most pervasive form of identity politics exists when people are told their their race or background must determine their political affiliations. This is an idea which Kanye West and many others clearly reject.

Kanye West shut down, Salt Lake City with his #sundayservice! Certainly an historic event I’ll never forget! THOUSANDS upon THOUSANDS in attendance… AND with less than 24hrs notice! So surreal! Thanks for bringing your positive message to Utah! #kanyewest #saltlakecity #utah pic.twitter.com/NzxreVqZ0R