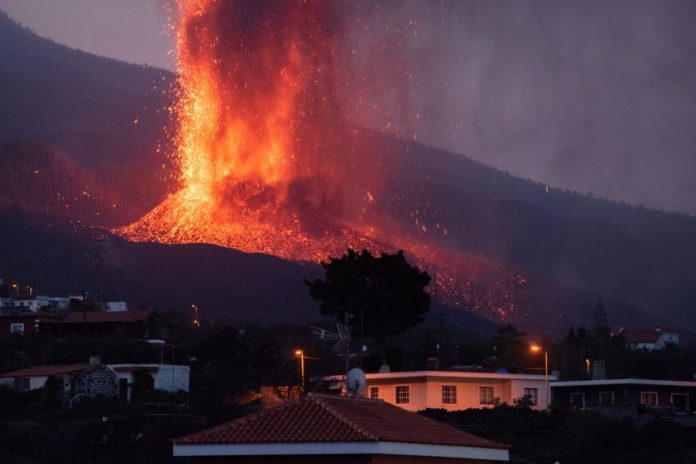 Early this morning, another 4.5 magnitude earthquake shook the Spanish island of La Palma. And the top of the Cumbre Vieja Volcano blew off in a massive eruption. The volcano eruption is sending lava throughout the La Palma Valley.

The sight of fiery landscapes can be seen from satellites in space. And the images show that the island has been cut in two by the event.

The volcano is now spewing fire and lava and spreading destruction throughout an even wider area. Officials are concerned that the lava is advancing towards larger towns that have been so-far safe from the molten mass.

Scientists are describing the gushing river of molten rock that is pouring out of the volcano as “a true lava tsunami. 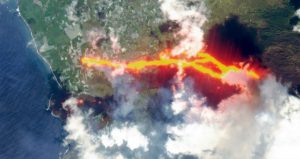 For 27 days the volcano has been active. And red-hot lava masses are spilling out onto the island.  And it’s also pouring into the ocean forming a rugged coastline. The atmosphere has been so thick with ash that air traffic controllers have had to reroute planes landing at airports throughout the Canary Islands.