Home America Twenty-nine Percent of Americans See Media as ‘Enemy of the People,’ According...
SHARE 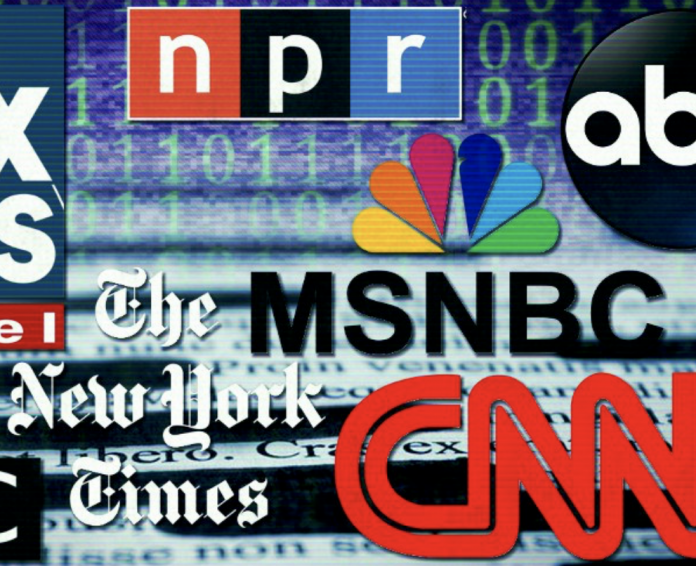 Data from a recent Ipsos poll affirms that 29 percent of Americans perceive the press as the “enemy of the people.”

An Overview of the Ipsos Poll’s Data

The 29 percent who agree with the premise include 48 percent of Republicans, 12 percent of Democrats, and 26 percent of independents. These findings come after President Donald Trump’s repeated criticism of the news media throughout his presidency.

Ipsos also surveyed Americans to learn about their perceptions of the press’ treatment of Trump. Seventy-nine percent of Republicans and 11 percent of Democrats agreed that the president is subjected to “unfair” treatment by the news media.

However, 85 percent of the 1,003 Americans polled stated that “freedom of the press is essential for American democracy.”

Controversy Regarding the News Media

Trump and various mainstream media outlets have maintained a tense relationship. The president frequently refers to the press as “fake news” and criticizes the accuracy of its coverage.

The president has done this on multiple occasions, including during the G-7 summit in June. Near the beginning of 2018, Trump also released a list of “Fake News Awards.” The New York Times landed at the very top of the list.

Similarly to the 29 percent of recently polled Americans, the president has blasted the press as the “enemy of the people,” frequently via Twitter.

The FAKE NEWS media (failing @nytimes, @NBCNews, @ABC, @CBS, @CNN) is not my enemy, it is the enemy of the American People!

The Fake News hates me saying that they are the Enemy of the People only because they know it’s TRUE. I am providing a great service by explaining this to the American People. They purposely cause great division & distrust. They can also cause War! They are very dangerous & sick!

Trump has also publicly discussed revoking the credentials of various media outlets who he describes as “fake news.”

Some news media outlets have responded to accusations alleging their dishonesty. Throughout the second half of 2017, CNN and Trump publicly sparred regarding the validity of the former’s reports. CNN even launched a “#FactsFirst” campaign, widely viewed as a passive-aggressive response to allegations of “fake news.”

CNN also pushed back against the president’s condemnation of the manner in which the platform represents the United States.

It's not CNN's job to represent the U.S to the world. That's yours. Our job is to report the news. #FactsFirst 🍎

Many others have pushed back against criticism from the president and his supporters, noting the importance of freedom of the press.

They have been for several years and get worse by the day.