Home America Obama Urges 2020 Democrats to Tone it Down
SHARE 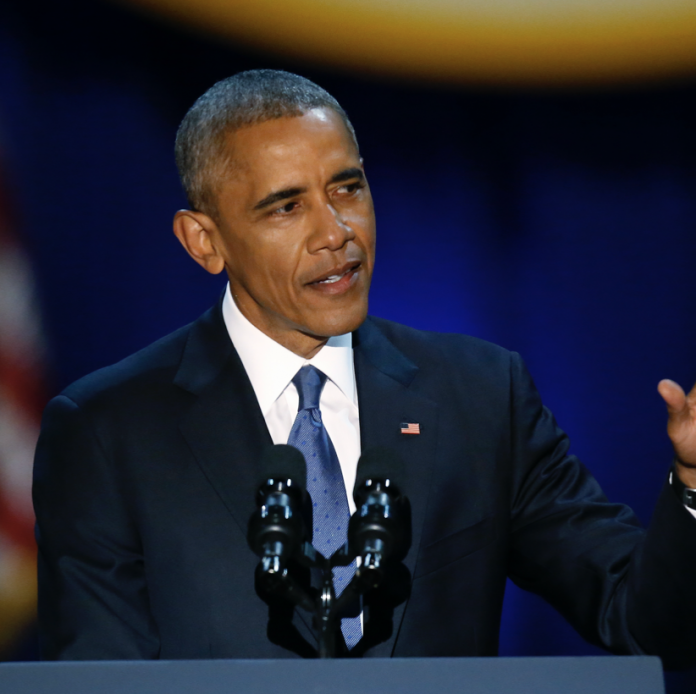 Far-left 2020 Democrats continue to face censure; more often than not, that censure comes from the right-wing, although now elites on the left are also starting to speak out.

Earlier this month, House Speaker Nancy Pelosi warned 2020 Democrats that they have to win the Electoral College in order to defeat President Trump. Pelosi furthermore declared that certain people in her own party take issue with her not being a socialist.

The latest Democrat elite to criticize the current field of 2020 leftists is former President Barack Obama. On Friday, Obama shared remarks at the Democracy Alliance and also cautioned the left about veering off into “crazy stuff.”

An Overview of Obama’s Message to 2020 Democrats

Now, Warren and Sanders supporters seem to be all in, but Obama has a different outlook. The former president professed that most people in America lack interest in a complete “tear down” of the system. Obama moreover stated that Americans are “rightly” cautious of massive changes; then, he expressed that authentic leadership is not the same as creativity and boldness.

Obama wades into the 2020 race, warning of the dangers of listening to “certain left-leaning twitter feeds” or “the activist wing of our party.”

“Even as we push the envelope and we are bold in our vision we also have to be rooted in reality," he said. https://t.co/OioCWy4pbv

In the former president’s own words:

“This idea of purity and you’re never compromised and you’re always politically woke and all that stuff — you should get over that quickly. The world is messy. There are ambiguities. People who do really good stuff have flaws.”

The Democrat Party is presently ensnared in a battle over the future of the party. Obama’s censure of those who wish to take the party in a more progressive direction is already facing some dissent.

Despite Obama’s standing in the Democrat Party, many on the left disagree with him. 2020 candidates haven’t come out to express pointed opposition; however, backers of progressives are very vocal on social media. The notion that progressivism is the future and the face of “change” is the common root of several pro-progressive talking points.

While you are comfortable in your $15 million mansion, Americans are suffering. People are dying because they can't afford Healthcare, people are homeless, children go without school meals, the planet is dying. Is it really #TooFarLeft to care about humanity? pic.twitter.com/ESwI5lR04N