Friends, the 90s television show that was one of the most popular American programs of all time, has come under attack by millennials. Watching the television show on Netflix, years after the program went off the air, social justice warriors attacked the comedy because of insensitive plot lines (in the eyes of progressives). 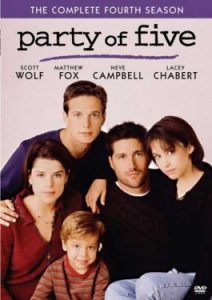 This had us jump on the SJW bandwagon and what would the plots of other famous television shows be if they had a social justice progressive makeover.

Buffy is a millennial female, given the daunting responsibility of fighting vampires as they threaten humanity. She soon realizes that not all vampires are terrorists, starts “Vampire Lives Matter” and joins Linda Sarsour in New York.

new name, Boy Meets Girl. A story where young Cory Matthews goes through the everyday struggles of life as he transitions his way to becoming a transgendered female. He is joined on this journey by his minority friend Shawn Hunter from the other side of the tracks and his teacher, principal and mentor Mr. Feeny – a principal under investigation for sexting a student.

In West Philly born and raised but Will had to move from Philly because sugary drinks made him obese. Additionally, Philadelphia’s citywide beverage tax bankrupted his family. As a result, he was forced to move to Bel Air to become vegan.

A coming of age story of a group of adolescent cisgendered Antifa members. Follow their story as they work to save the creek & find a way to blame the pollution on conservatives. Michelle Williams’ character, Jen, complains of the gender wage gap in her first job at Walmart while a sophomore in high school.

Two Guys, A Girl, and a Pizza Place:

The story of two guys who own a pizza place where a girl works. She sues them for sexual harassment, gains ownership of pizzeria and makes all the pizza gluten-free.

A group of five friends living in NYC as they look for love in all the wrong places. They each realize they are transgender and fall in love with one another. They turn to Mayor DeBlasio to help them live in a post-Trump presidential world. “Could I be wearing any more clothes in a Target bathroom” becomes hit catchphrase of the reboot.

A group of DREAMers who served in the military in the Iraq War. These men promptly escaped from a Tea Party Congressional District to survive as soldiers of fortune. If you have a problem if no one else can help, and if you can find them and can pay them in bitcoin, maybe you can hire the A-Team.

ALF is an illegal alien from Mexico who crosses the border illegally because there is no wall. He makes his way to the house of the Tanners and takes refuge in their garage. The Tanners are a suburban middle-class family in the San Fernando Valley area of California. Since it is a sanctuary state, they pry ALF away from his makeshift home in the garage. The family consists of social worker Willie, his wife Kate who works at Planned Parenthood, their teenage daughter Lynn, a gender studies major at college, younger son Brian who is a vegan, and their cat Lucky (whom ALF wishes to consume).

The show chronicles the family of a robotics engineer from Google who secretly creates an artificially intelligent robot modeled after a human girl. The storylines revolve around V.I.C.I. (an acronym for Voice Input Child Identicant, pronounced “Vicky”),  an android in the form of a 10-year-old girl.

Ted Lawson built V.I.C.I., an engineer/inventor for Google, to assist DREAMER children. Ted takes V.I.C.I. home so that it can mature within a family environment. V.I.C.I. has many features. They are: superhuman strength and speed, a USB outlet, a phone charging station, and an iPad in her back. The Lawsons reside in a small city in Oregon. The progressive community welcomes V.I.C.I. The Lawsons tell neighbors that V.I.C.I. is an orphaned family member whose mother was deported by President Trump. They eventually seek to legally adopt her as their daughter. However, they are denied because the Ninth Circuit Court of Appeals. They ruled white parents are not allowed to adopt minority children.