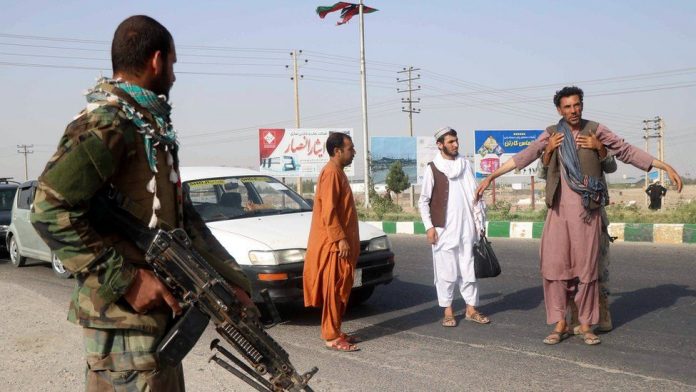 It is confirmed Americans, along with many Afghans that worked for the US have been left in Taliban-controlled Afghanistan. The Biden administration has never been able to say how many Americans have been left behind. On Tuesday they estimated it was in the low hundreds.

Joe Biden said, “The bottom line, 90% of Americans in Afghanistan who wanted to leave were able to leave.” And there was no real plan about what to do with the last 10%.

For the last month, the Biden administration has been assuring the press that no American that wants to leave will be left behind. Multiple White House sources have claimed that everyone that wants out is getting out of the country.

On Tuesday Biden was claiming the withdrawal mission was an “extraordinary success.” He bragged that it was one of the “biggest airlifts in history.” Biden says more than 120,000 individuals were airlifted to safety from Kabul. And believes “no nation has ever done anything like it in all of history.”

Even before the evacuation was complete, news of executions of women that we’re driving, or not well covered was leaking out of Afghanistan. The Taliban are killing folk singers, women who dare to break their rules, and anyone that helped the US.

Twenty-four American students enrolled in the San Juan Unified School District in California are confirmed stranded somewhere in Afghanistan. They have been sending out calls for help for weeks.

Despite being questioned about the students the White House hasn’t commented.  Like most US allies the students may be in hiding.

It is unfortunate, but predictable that the Taliban was blocking access to the Kabul Airport. And now they control it.  The Biden administration even gave them details on our friends and allies. They have all the names, addresses, and even biometric information to hunt them down.

The Biden administration has been claiming the Taliban is enabling Americans to get home.

This administration has overseen the evacuation of tens of thousands of unvetted Afghan nationals. But failed to evacuate an unknown number of Americans and many green card Afghanis who were being blocked by the Taliban.

Biden announced that the United States is done with Afghanistan forever, and we’re not coming back. Then he angrily announced that we’d hunt down ISIS-K. And we were set to pay off the Taliban for being such a good partner.

So in this upside-down world, Joe Biden is declaring victory. And now we get to watch and see if the media will rewrite history, as it happens.