Home America Opinion: Biden’s Calls for Unity are Insincere, Not Backed by His Own...
SHARE 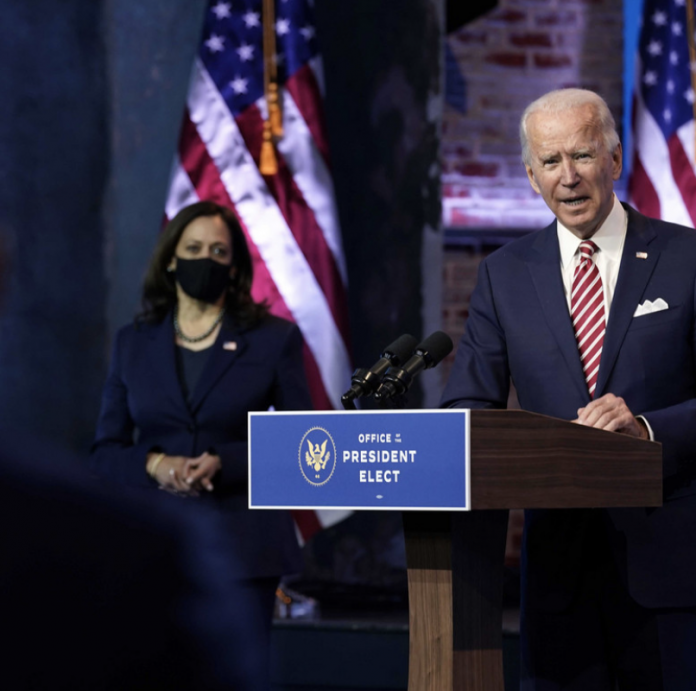 Prior to COVID-19, political division ran deep in the United States. However, the division from even one year ago comes nowhere close to where Americans currently are, as of today.

The harsh restrictions put in place by government bureaucrats masquerading as credible health “experts” caused an extensive amount of damage and division across the nation.

The bullying of people who wish to gather with loved ones and/or forego a face mask engendered division too; closing people’s businesses and calling them selfish for not wanting to see their lives and livelihoods crumble is also divisive.

We cannot have another lockdown

Our restaurant will not survive a second lockdown.

I don't like Trump but he will not force a lockdown

Biden did not say he would have a lockdown during campaign, now he already started to have lockdown

To me that is a broken promise

Amid all this, former vice president Joe Biden is now calling for “unity” amid a hotly contested 2020 race; the problem, however, is that Biden’s calls for unity lack sincerity and his own party doesn’t even believe in them.

Past the point of political compromise?

After the year that 2020 has been, it is very reasonable to assert that America is beyond the point of political compromise. Republicans and Democrats don’t just disagree on policy issues; no, it’s much deeper than that.

Democrats write op-eds stating that people without face masks ought to be shamed. House Representative Alexandria Ocasio-Cortez tweets out that “Trump sycophants” ought to be put on lists and held “responsible” for their behavior. How, precisely, the congresswoman believes in holding responsible these so-called “sycophants” remains to be seen.

Between all of this and the deep political divides on lockdowns, gathering restrictions, etc., Biden’s calls for unity are hallow and meaningless. Democrats comprise a sizable segment of the nation that believes anyone who fails to do what they want is deserving of scorn and punishment.

What would it take for America to unite?

In order for America to unite, the calls for forced masking must cease. The one-size-fits-all approach of shutdowns must also come to an end. Likewise, if Biden and his handlers truly cared about unity in America, they’d stop trying to impose their will upon others.

Right now, it doesn’t look like any of the above will happen anytime soon. Democrats have weaponized COVID-19 to control the lives of others; they’ve attempted to bully anyone who dissents into submission, but it’s not working.

Still waiting for the "science" that mass, indiscriminate shutdowns and destroying the economy and livelihoods help stop the spread of #coronavirus. https://t.co/ux6odNzkgh

Across the country, Americans are protesting against things like lockdowns, mask mandates, and government-imposed curfews. If the left truly believed in these edicts, they’d abide by them; yet, Americans continue to catch Democrats violating their own rules. It’s all very reminiscent of “rules for thee, but not for me.”

Here is CA Gov. Gavin Newsom attending a friend's birthday at the French Laundry in Napa on 11/6.

The diner who took these pictures sent them exclusively to @FOXLA. She was surprised to see the Gov. with so many other families.

He's apologized & vowed never to do it again. pic.twitter.com/UsP4cktZ9h

If that’s not enough, consider House Speaker Nancy Pelosi who recieved a hair-do at a closed salon without wearing a mask. Let’s also not forgot New York Governor Andrew Cuomo; multiple photographers have caught him without a mask too.

Until the political left in America makes some real changes, this country is way beyond a widespread, bipartisan kumbaya. Anyone can stand on a podium and give fancy speeches; what ultimately matters are the policies and actions carried out across the nation.