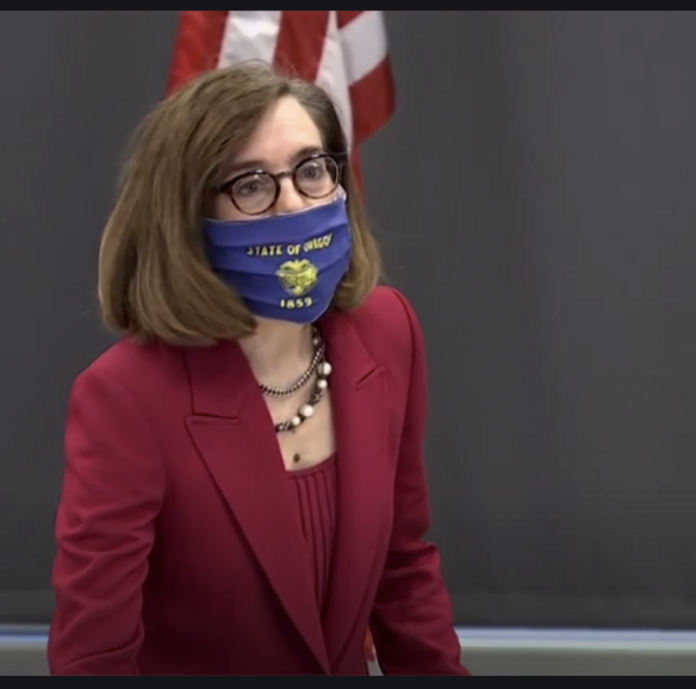 The national culture war surrounding face masks is far from over. At a nuanced level, this debate pertains to the morality and legality of mandating Americans to cover their faces in public. One of the latest politicians to be sued for issuing a face mask mandate is Oregon Gov. Kate Brown.

Some people are all for mandatory face mask decrees. People with this outlook believe that masking up will save lives and reduce the transmission of COVID-19. Some Americans have even gone as far as pushing for a national face mask mandate. However, President Trump maintains that he will not sign an executive order for a federal mask requirement.

At this time, the Oregon governor has ordered that individuals five years of age and above don face coverings in both indoor and outdoor spaces.

How is Gov. Brown responding to the lawsuit?

The Oregon governor continues to stand by her statewide mandatory mask order. Charles Boyle, a spokesperson for Gov. Brown, responded to the lawsuit in a statement.

The Oregon governor is far from the first or last person to face a lawsuit for a mandatory mask order. Leaders on both sides of the aisle who have implemented these mandates are on the receiving ends of legal action.