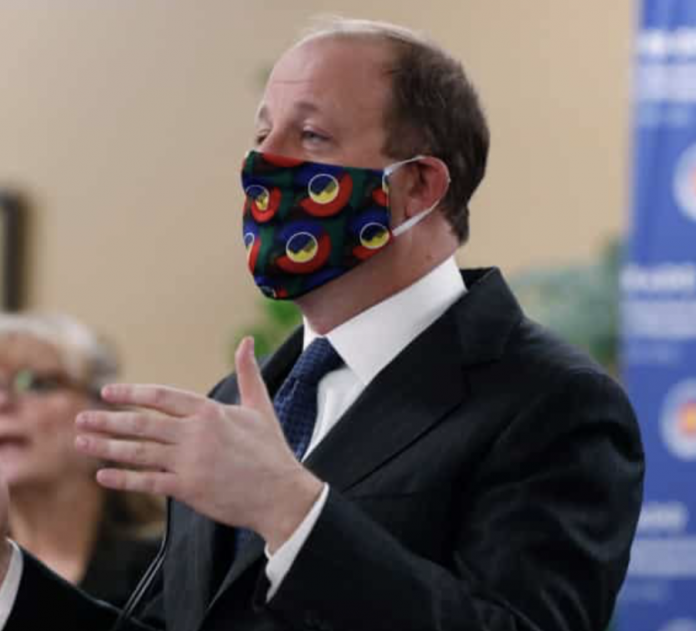 Growing numbers of conservatives across the nation are pushing back against mandatory face mask orders. Right now, Florida Rep. Anthony Sabatini is suing several counties and cities in the Sunshine State with mandatory mask orders.

Lawsuits against leaders who require compulsory face masks are mounting, rather than disappearing. At this time, Colorado Gov. Jared Polis and multiple health officials in the state are facing a lawsuit from two Republicans seeking seats in the Colorado House of Representatives.

In federal court, Republicans Donna Walter and Mark Milliman issued a lawsuit against Gov. Polis and health officials in the state. Both Walter and Milliman have also maintained pro bono representation from lawyer Mark Patlan.

In a written statement, Patlan did not mince words regarding the message and intention of the lawsuit. The lawyer maintains that the Colorado governor’s statewide mask order is a form of coerced speech, hence at odds with America’s First Amendment and 14th Amendment.

Walter and Milliman also raised concerns about the science behind a Colorado statewide mask order. After all, the World Health Organization (WHO) has already gone on record, citing the asymptomatic spread of COVID-19 as a “very rare” occurrence.

In a further statement, Milliman slammed Gov. Polis for a politically-motivated “arbitrary and capricious policy.” Likewise, Walter warned that the Colorado governor is forcing businesses to either absorb economic harm by shutting down their enterprises or potential physical harm by acting as the mask police.

Will mask mandates come to an end?

Governors who have issued face mask mandates have yet to rescind these requirements; however, several large retailers who previously announced face covering requirements for customers have since walked them back.

Businesses like Walmart, Lowe’s, etc. state that they will not put their employees in harm’s way by ordering them to enforce face covering requirements for customers. This decision arrives after viral videos of violent and even fatal confrontations over face mask enforcement.