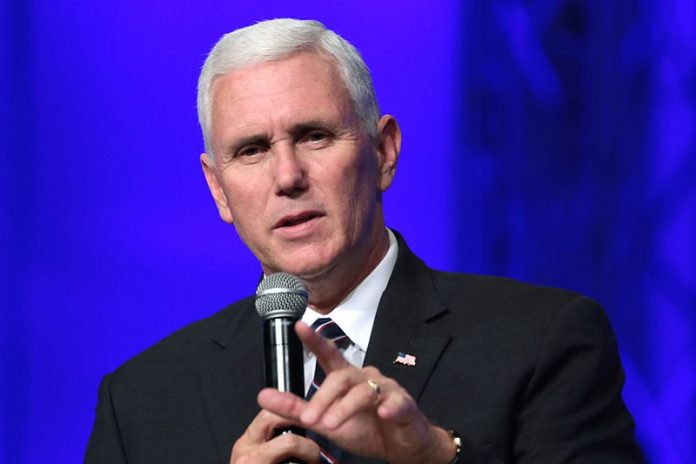 In a letter to House Speaker Nancy Pelosi (D-CA), Pence wrote “With just eight days left in the President’s term, you and the Democratic Caucus are demanding that the Cabinet and I invoke the 25th Amendment. I do not believe such a course of action is in the best interests of our Nation or consistent with our Constitution.”

“Last week, I did not yield to pressure to exert power beyond my Constitutional authority to determine the outcome of the election, and I will not yield to efforts in the House of Representatives to play political games at a time so serious in the life of our Nation.”

Pence reiterated the statements put out by POTUS and the Trump team, that the Administration’s efforts and energy are “now directed to ensuring an orderly transition to the new administration next week.”

“In the midst of a global pandemic, economic hardship for millions of Americans, and the tragic events of January 6th, now is the time for us to come together, now is the time to heal,” he wrote.

“I urge you and every member of Congress to avoid actions that would further divide and inflame the passions of the moment.” He added, “Work with us to lower the temperature and unite our country as we prepare to inaugurate the next President of the United States.”

He concluded the letter to House Speaker Pelosi by saying, “I pledge to you that I will continue to do my part to work in good faith with the incoming administration to ensure an orderly transition of power. So help me God.”

Pence has maintained his adherence to the Constitution and eloquently stated what many Republicans are feeling. The only way to heal is to stop the madness of the continual barrage against Pres. Trump that lasted the entire 4 years of his presidency.

This petulant threat was made on January 7 by Speaker Pelosi. In her released statement, she was insistent that Congress may move to impeach President Trump should VP Pence and the Cabinet not take action to forcibly remove POTUS from office.

She stated, “Trump has clearly indicated over and over again,” that he is not fit for office, even going so far as to insinuate that the president allegedly “incited sedition,” in reference to the unrest that took place on Jan 6 at the U.S. Capitol by a group of extremists.

President Trump has repeatedly called for peace and unity while condemning the violence that took place in and around the U.S. Capitol on the 6th. On the day of the unlawful events, Trump quickly condemned the actions of a vicious few and assured the public there would be swift and harsh consequences for those who were involved.

During a public statement the day after the melee broke out at the Capitol, Trump again denounced the violence and actions of the extremists and called for unity. He assured the public that “energies were being focused on creating a smooth transition of power and to work in concert with the incoming administration.”

Tuesday, Trump stated that he and his team are working towards a seamless transition of power and are asking the public for unity instead of continued discord. Questions have arisen as to the motivation behind the incessant and obsessive need to remove President Donald J. Trump from office prematurely. These actions by the Democratic Party continue to rip at the fabric of a nation that is looking to heal.

Pence’s strong and dignified statements this evening should be taken as a model of behavior for the next week. This would allow for the people to begin the healing process, and our country to transition peaceably from one administration to the next.