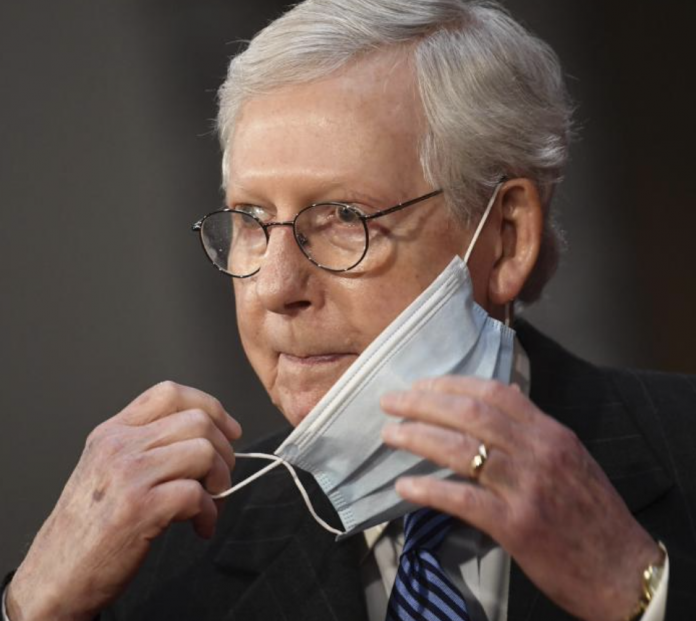 Almost one week ago, supporters of President Donald Trump ransacked the U.S. Capitol in a shocking onslaught. The chaos on January 6 prompted extensive property damage and lawmakers having to hide in fear for their lives.  Last Wednesday’s events furthermore engendered a series of arrests and deaths.

The subsequent blowback that Trump continues to face is massive. Aside from being banned from multiple social media sites and online payment processing companies, Democrats in the House are seeking to impeach Trump.

Led by House Speaker Nancy Pelosi, congressional Democrats argue that each day Trump remains in office places the nation in peril, hence ongoing impeachment attempts. However, Democrats are not completely alone in their quest to impeach the 45th president; some Republicans are on board with the cause as well.

In fact, current rumors assert that Senate Leader Mitch McConnell is one of the Republicans in support of impeaching Trump.

Thus far, McConnell has not openly come out and verbalized his favor of impeachment. However, sources close to the Senate leader allege that he’s informed colleagues that Trump engaged in impeachable acts; likewise, rumors assert that McConnell sees impeachment as an easier road to removing Trump and Trumpism from the Republican Party.

Tomorrow, the House of Representatives shall hold a formal vote on the impeachment articles again Trump; due to Democrats’ slim majority in the House, the measure has a very high likelihood of passing. Moreover, a minority of House Republicans, such as Reps. Liz Cheney, John Katko, and Adam Kinzinger, promised to vote in favor of a Trump impeachment.

Trump on the latest impeachment attempt

On Tuesday morning, President Trump criticized the moves to impeach him. Trump cited ongoing impeachment work as “dangerous” to America; he then stated that House members’ work to impeach him serves as another segment of politics’ “greatest witch hunt.”

Individuals in favor of impeachment are claiming that Trump committed a high crime by “inciting violence” at the U.S. Capitol last week. The president pushed back against this earlier today as well, stating that there shouldn’t ever be any violence.

Trump has not publicly addressed rumors about McConnell supporting the ongoing impeachment measures.