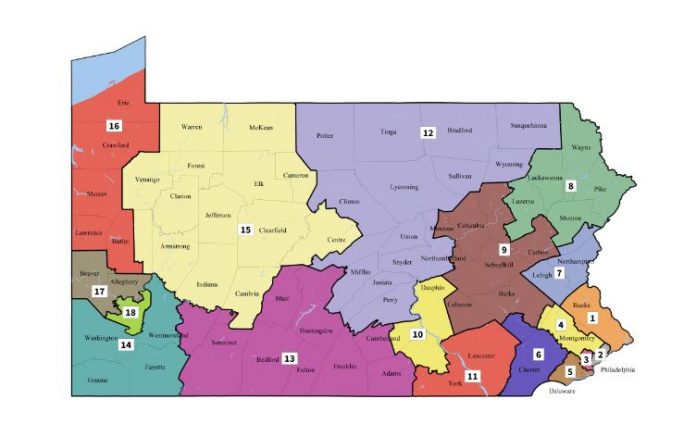 On January 22, the state’s high court ordered the legislature and the governor to submit a new congressional map by February 15. They must follow traditional requirements for redistricting plan to ensure that it is not a result of gerrymandering.  If they fail to meet the deadline, the court will redraw the state’s existing map.

On January 26, the Pennsylvania Supreme Court issued a supplemental order appointing Prof. Persily as an advisor to help in adopting a remedial congressional map. In addition, the court directed the legislature and its data processing center to submit files containing the current boundaries of the state’s municipalities and precincts. The counsel for the legislature told that court that such current files do not exist.

On February 13, Gov. Tom Wolf rejected the new congressional map submitted by the Republican-controlled legislature. According to him, the map is another partisan gerrymander. Prof. Moon Duchin, a mathematician, assessed the map proposed by the legislature and concluded that it was “extremely bias.”

Their failure to meet the order prompted the Pennsylvania Supreme Court to redraw the state’s 18 congressional district lines. The high court issued its remedial congressional map on Monday.

On Monday, the Pennsylvania Supreme Court stated that governor or the legislature did not request for extension of the deadline.

“As a result, it has become the judiciary’s duty to fashion an appropriate remedial district plan…,” according to the state’s high court in its opinion and order.

In addition, the Pennsylvania Supreme Court stated that it has full constitutional authority and responsibility to assume” the redrawing of a congressional map. The court explained that the remedial map follows the redistricting criteria— compactness, contiguity, equality of population, and respect for the equality of political subdivisions.

Furthermore, the court ordered that the state must adopt the remedial congressional map for the May 15, 2018 primary election.

Meanwhile, Gov. Wolf praised the court’s decision to issue a remedial congressional map. According to him, “I respect their effort to remedy Pennsylvania’s unfair and unequal congressional elections.”