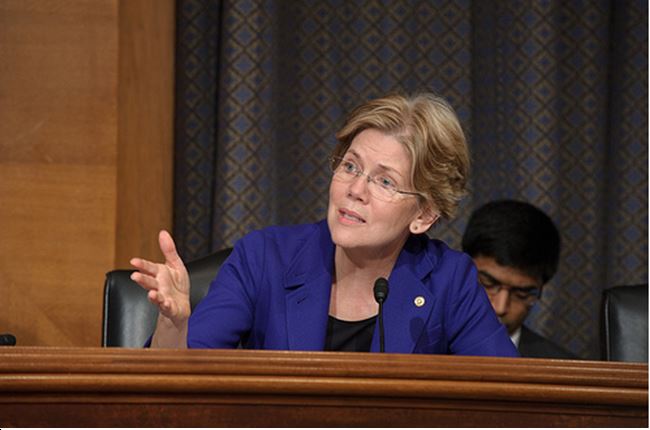 On Monday afternoon, Trump thanked the Navajo code talkers and described them as “very, very special people.”  He said, “You were here long before any of us were here. Although we have a representative in Congress who, they say, was here a long time ago. They call her Pocahontas.”

After his Pocahontas jibe, the President touched the shoulder of one of Navajo code talkers. Then he said, “But you know what? I like you because you are special. You are special people. You are incredible people. 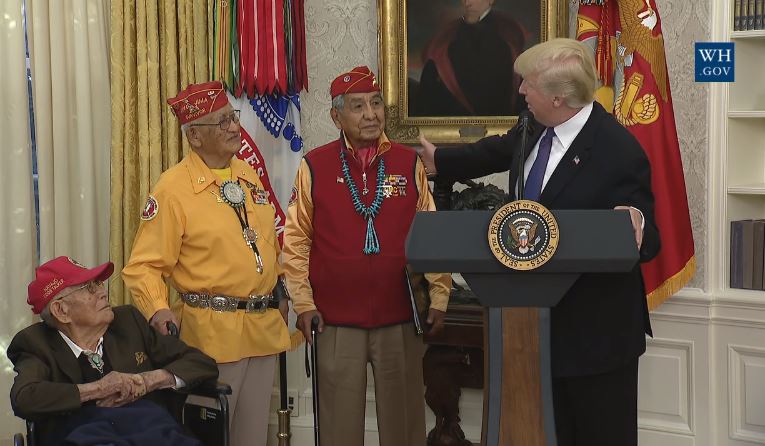 Trump continued, “From the heart, from the absolute heart, we appreciate what you’ve done, how you’ve done it, bravery that you displayed, and the love for your country.”

The Navajo code talkers smiled humbly.  However, the top Democrat on the Senate Committee of Indian Affairs condemned Trump for his “racist slur” during the event.

In a statement, Sen. Tom Udall, the vice chairman of Senate Committee of Indian Affairs said, “Donald Trump’s racist joke – during Native American Heritage Month no less – demeaned the contributions that the Code Talkers and countless other Native American patriots and citizens have made to our great country.

Additionally, Sen. Udall emphasized that “racist comments like that are never acceptable, and are in especially poor tastes against the backdrop of Andrew Jackson’s portrait.”

During his campaign, Trump repeatedly called Warren as Pocahontas to belittle her and question her Native American heritage.

On May 26, 2016, he tweeted, “I find it offensive that Goofy Elizabeth Warren, sometimes referred to as Pocahontas, pretended to be Native American to get in Harvard.”

Mihio Manus, the spokesman for the leaders of Navajo Nation told The Washington Post that they appreciate Trump honoring the code talkers. However, he though the President’s comments about Warren was “inappropriate.”

According to Manus, “It’s unfortunate that President Trump would refer to Sen. Elizabeth Warren as Pocahontas in a joking way.” He explained, “Pocahontas, although she wasn’t Navajo, definitely was a historical figure in the foundation of this nation who is misrepresented in history. And so we as the Navajo Nation don’t feel any member of any tribal nation should be used as the punchline of a joke.”