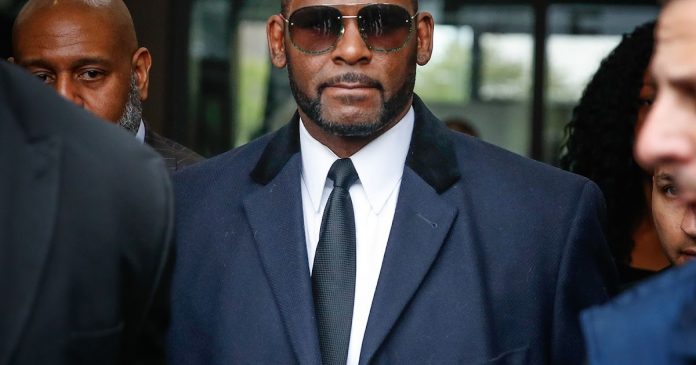 A federal jury found R. Kelly guilty on six counts of sexual exploitation and enticement of a minor.

Former associates Derrel McDavid and Milton “June” Brown were found not guilty on all charges. The two had been accused of threatening and trying to bribe witnesses in a 2008 trial where R. Kelly was acquitted in an Illinois child pornography case.

In June, 14 years after the first trial, the singer was convicted of racketeering and sex trafficking in a New York court. The sentence was 30 years.

During the month-long trial, there were over 30 witnesses and a lot of evidence including videos.

Kelly’s attorney Jennifer Bonjean urged the jury to put aside what they may have read or heard about him and to see the ‘humanity’ in the accused man.

Bonjean noted that Kelly’s ex-girlfriend Lisa Van Allen and Charles Freeman, his former merchandising agent both testified against the disgraced singer. And both admitted to blackmailing him for $1 million each to return his sex tapes.

Both received immunity to give their testimony.

“When you are in the quiet of the jury room, consider the evidence in light of who is at the center of this case. Kelly’s victims: Jane, Nia, Pauline, Tracy, and Brittany,” Appenteng emphasized. And 4 of the 5 accusers testified.

Some of them recently appeared in the Lifetime documentary, “Surviving R. Kelly.”

In Monday’s closing arguments prosecutor, Elizabeth Pozolo told jurors that they had seen a mountain of evidence to prove Kelly’s guilt. And it was proven that the singer had used his fame to attract and sexually abuse minors. And the videos showed his misdeeds.

She described the defendant as “a secret sexual predator, and a master manipulator.”

“Robert Kelly abused many girls over many years,” Pozolo argued. “He committed horrible crimes against children. … All these years later, the hidden side of Robert Kelly has come out.”

The jury agreed. And found R. Kelly guilty. Based on the mandatory minimums indicated for his crimes this will likely be a 30-year sentence.