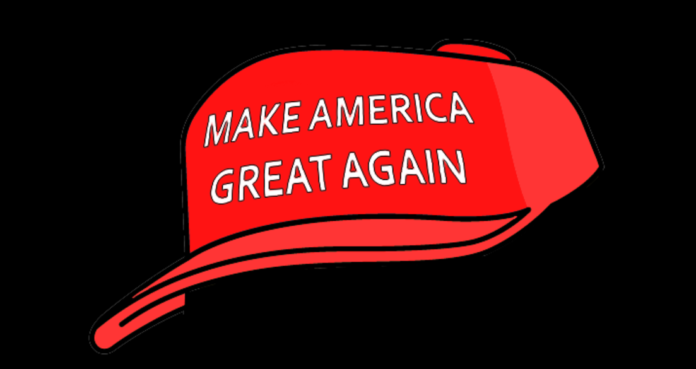 With every passing day of the Trump Presidency, liberals become more and more intolerant.

At this point, liberals are becoming their own undoing. As reported by the Daily Wire, math teacher Lyn Orletsky was fired from River Ridge High School after making the following statement which was recorded on video:

First and foremost, liberals have a huge problem with viewpoints and opinions that differ from their own. This is apparent with radical hate groups like AntiFa and Black Lives Matter. Nonetheless, liberals’ continuous intolerance will only hurt themselves.

Furthermore, the decision to link ‘Make America Great Again’ attire with Nazi Swastikas is utterly inane. Orletsky’s termination is fitting and well deserved. She has no business coming within 100 feet of a classroom. She doesn’t have to like or support the President. That is not the issue. The issue is her demonization of opposing viewpoints. Someone is not a Nazi simply for disagreeing.

The statement regarding the aforementioned incident comes from Cherokee County’s school district spokesperson Barbara Jacoby and reads as follows:

“Her actions were wrong, as the ‘Make America Great Again’ shirts worn by the students are not a violation of our School District dress code. The teacher additionally — and inappropriately — shared her personal opinion about the campaign slogan during class.”

Despite Orletsky’s unbefitting conduct, Cherokee County school district still deserves props for letting her go. Moreover, one can only hope her termination sends a direct, clear message to others considering embarking on a similar course of action.

The Indoctrination of America’s Youth

Even though Orletsky was rightfully fired, her conduct is a manifestation of issues with today’s education system. Indoctrination is a rampant force in U.S. schools. Instead of teaching students valuable skills [budgeting, taxes, etc], many instructors tell students how and what to think. This malpractice is not okay. It is harming our young people.

Hopefully, no other institution will employ Orletsky. We as Americans must stamp out the notion that those who differ from our political viewpoints are Nazis or racist or evil. Democrats, for all their rhetoric of equality and tolerance, struggle with this the most.

Regardless of political ideology, free thought should always be encouraged in the education system. Censoring ideologies never ends well for anyone. Sadly, Lyn Orletsky had to learn this lesson the hard way.