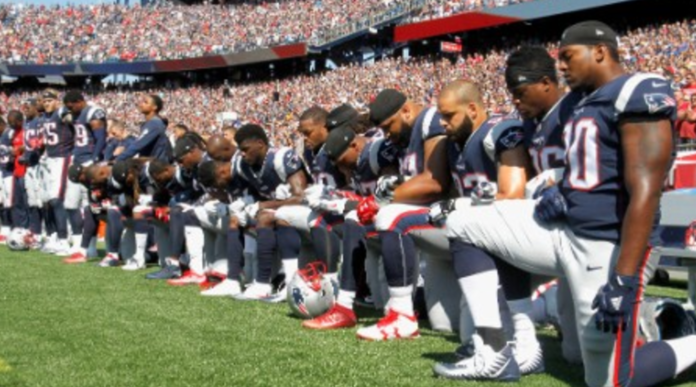 According to the Daily Wire, the controversy surrounding NFL players kneeling during the National Anthem sparked some bipartisan unity.

The Beginning of the End For the NFL?

Republican James Lankford and Democrat Cory Booker recently joined forces to relieve taxpayers of having to foot the bill for building sports teams’ arena. As Booker explained in a public statement:

“Professional sports teams generate billions of dollars in revenue. There’s no reason why we should give these multi-million-dollar businesses a federal tax break to build new stadiums. It’s not fair to finance these expensive projects on the backs of taxpayers, especially when wealthy teams end up reaping most of the benefits.”

“The federal government is responsible for a lot of important functions, but financing sports stadiums for multi-million — sometimes billion — dollar franchises is definitely not one of them. Using billions of federal taxpayer dollars for the subsidization of private stadiums when we have real infrastructure needs in our country is not a good way to prioritize a limited amount of funds.”

An Increase In Momentum

The aforementioned proposal came approximately four months ago. However, more and more people have warmed up to it in the past month. Whether or not this trend continues after this past weekend’s fiasco remains to be seen.

Many Americans expressed outraged when NFL players kneeled and remained in locker rooms during the National Anthem. Those who support “taking the knee” viewed the act as protestation against racism. However, others interpreted the action as a slap in the face to the men and women who bled and died for America.

As a result of NFL players kneeling and remaining in locker rooms, many people are boycotting the league altogether. The more people become aware of Booker and Lankford’s proposal, the more support it may receive. However, there are no guarantees. Following this week’s stunt, many people noted the merit in keeping sports and politics separate from one another.