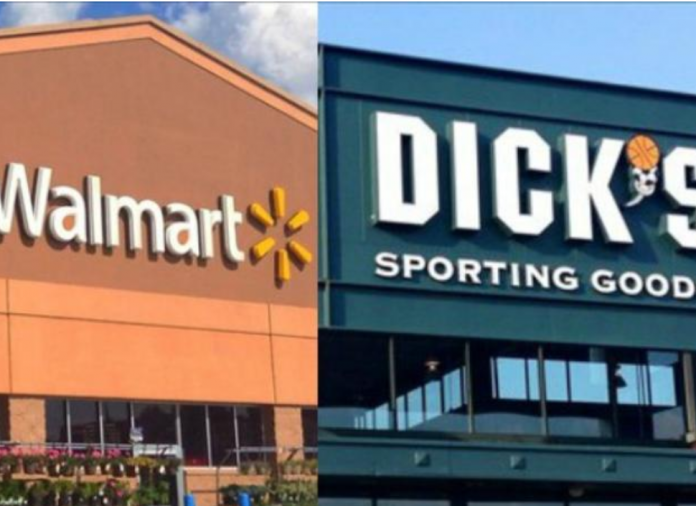 An Overview of the Lawsuit

In the lawsuit, plaintiff Tyler Watson, 20, of Oregon affirms that Walmart and Dick’s Sporting Goods are “unlawfully discriminating against 18, 19, and 20-year-old customers at all Oregon locations.”

Retailers like Walmart and Dick’s Sporting Goods chose to raise the ages of Americans to whom they would sell firearms to. The aforementioned change occurred after last month’s Parkland, Florida high school shooting.

However, like Watson, many people have expressed outrage at companies who refuse to sell firearms to customers under 21 years of age. Critics moreover state that law-abiding citizens should not be punished for the actions of rogue criminals. Nevertheless, other people still believe the foregoing restrictions may prevent future tragedies.

A Walmart spokesperson also released the following statement in light of Watson’s lawsuit:

“As a result, we raised the age restriction for the purchase of firearms and ammunition to 21 years of age. We stand behind our decision and plan to defend it. While we haven’t seen the complaint, we will respond as appropriate with the court.”

Oregonians are, by law, permitted to purchase rifles or shotguns once they reach 18 years of age. Federal law furthermore states that licensed dealers are allowed to sell rifles and shotguns to persons who are 18 years of age or older.

What Do Americans Think of the Lawsuit?

As a nation, America remains largely divided regarding guns. Gun control supporters have praised companies for tightening restrictions on gun purchases. Gun rights advocates have conversely slammed said businesses for what they perceive as infringing upon the Second Amendment rights of 18-years olds, 19-year olds, and 20-year olds.

Both Walmart and Dick’s Sporting Goods do not appear to be wavering on their latest policies for customers who wish to purchase guns.

Readers of USA Today chimed in with their thoughts on the matter via Facebook:

“Good for him, 18 years old should buy any legal gun with [background] checks.”

“Seems these companies are in violation of Oregon laws.”

“It appears Dicks & Walmart are of the opinion that immaturity causes mass murder rather than mental illness.”