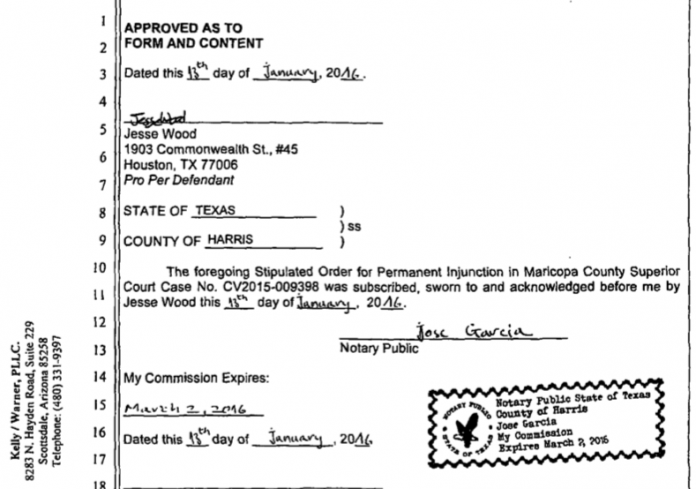 William J. O’Neil, Presiding Disciplinary Judge, is assigned to the legal fraud case brought by the Arizona Bar against Attorney Daniel Warner and his law partner Attorney Aaron Kelly (John Monarch’s business partner).  The case will be heard by a three member disciplinary panel. It will consist of Judge O’Neil, a volunteer attorney and a volunteer member of the public. This panel will be responsible for taking testimony and findings of fact to support their decision. The panel will also be responsible for determining whatever sanction is warranted, i.e. permanent disbarment. 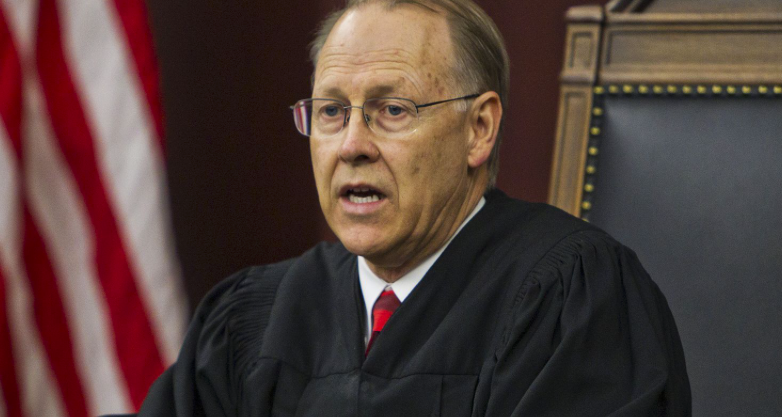 The case drew national attention when UCLA Law Professor/Washington Post Reporter Eugene Volokh exposed the Kelly Warner Law Firm for filing a litany of cases that contained fake notarizations, forged signatures, and non-existant defendants, all aimed at removing public alerts about their clients accused of fraud and other misdeeds from Google:

Bradley F. Perry, Counsel for the State Bar of Arizona, filed an official complaint against both Aaron Kelly and Daniel Warner, accusing them of egregious fraud on the courts all throughout the United States:


In response to the Arizona Bar action, the Kelly Warner lawyers claim that the State Bar of Arizona got it all wrong.  Their defense is that they had no clue that there was fraud transpiring in their defamation cases, and that they had no “reasonable belief” that their clients accused of fraud, scams, and other shenanigans were commiting fraud in each case…rather their clients were all the luckiest defendants in the world by miracously discovering within days, sometimes hours of Kelly/Warner initial case filings, who the author of the online complaints were.  Adding to their clients luck the authors of these “defamatory” statements all just happened to consent to a permanent injunction immediately thereafter….


As part of their defense, the Kelly Warner lawyers claim that “fake news” published by the Washington Post, TechDirt, USA Herald, BarComplaint.com (which filed this separate complaint of fraud against Kelly/Warner), Ars Technica, Structured Settlements, and other members of the media are the reasons why the Arizona Bar is taking action against them.

Finally, the Kelly Warner lawyers claim that the Texas Attorney General’s office recently took legal actions against a similar fraud scheme involving fake defendants, and because the attorneys in those cases have not had legal actions taken against them, that essentially a precedent exists for action to not be taken against the Kelly Warner law firm.

In the Lynd v. Hood case, Judge Arthur Anderson of Maricopa County was defrauded into signing an injunction with fake notarizations and non-existant defendants that led back to the Solvera Group’s stomping grounds, Harris County Texas.

According to the Arizona Bar, Richart Ruddie and Adam David Lynd of the Lynd Company, Inc. (Texas Company) are business partners in Nu Profile, a reputation management company.   Richart Ruddie is also a client, professional witness, and business referral partner of the Kelly Warner Law firm.

According to the Arizona Bar’s complaint:

Adam Lynd utilized the services of Nu Profile, a reputation management company.  Nu Profile was founded by David Lynd who is also a partner at Profile Defenders, a reputation management company founded by Richart Ruddie.   Respondent Kelly and staff communicaed with individuals from both Nu Profile and/or Profile Defenders acted as intermediaries between client Adam Lynd and Kelly/Warner Law.

Neither Respondent Kelly nor any of his staff spoke with defendants Wood and Hood about the substance of the case prior to filing the complaint.

Respondent Kelly took no action to determine if the statements were true or false before filing the lawsuit.

Respondent Kelly knew that Connie Hood and Jesse Wood were fabricated defendants or failed to investigate the matter prior to filing the complaint.

The allegedly defamatory statements on www.ripoffreport.com were posted on June 2, 2014, September 16, 2014, and September 10, 2015.  Two of the three statements exceed the one-year statute of limitations pursuant to A.R.S. 12-541.   Respondent Kelly knew that some of the claims were barred by the statute of limitations or failed to investigate the matter prior to filing the complaint.

The original statement, posted June 2, 2014, is identified in the post as being written by an individiaul named John Doran, not Connie Hood as alleged by the complaint.

The statement entitled “Ex employee,” posted Septermber 16, 2014, by Respondent Kelly’s client Adam Lynd, specifically identifies the author of the original statement as John Duran, not Connie Hood as alleged in the complaint.