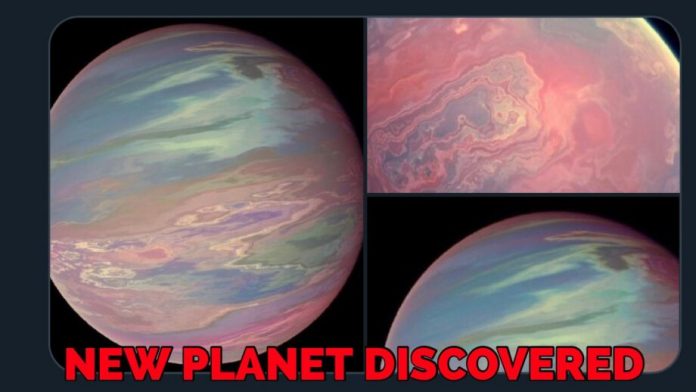 A brand-new planet was discovered by citizen scientists and astronomers. Using NASA telescope data the astronomers sighted a Jupiter-sized planet outside our solar system. The research study detailing the planet named TOI-2180 b was published in the Astronomical Journal last week.

This recently discovered world is located 379 light-years away from Earth. And the “exoplanet” is estimated to have a temperature of around 76° Centigrade which converts to 168.8° Fahrenheit. It is warmer than Earth, but very cold when compared to other newly discovered planets.

Tom Jacobs, a former US naval officer, was the first to notice a plot showing starlight from the star TOI-2180. It was seen dimming by less than half a percent over 24-hours. Even such a small dimming can be a strong indicator of an orbiting planet.

Measuring a planet’s light dimming when it passes can give an accurate estimate of the size and density of a planet. But a transit can only be determined when a star and its planet line up when monitored by telescopes.

TOI-2180 b is also believed to be denser than Jupiter. It appears that it is not composed of elemental gases like helium and hydrogen. And the new planets mass equals about 105 Earths.

“With this new discovery, we are … pushing the limits of the kinds of planets we can extract from TESS observations,” Diana Dragomir, assistant professor at the University of New Mexico, explains. “TESS was not specifically designed to find such long-orbit exoplanets, but our team, with the help of citizen scientists, are digging out these rare gems nonetheless,” Dragomir added.

In many cases the hands-on approach of citizen scientists can be superior to counting on the algorithms alone for detecting new planets.

A single transit event is when a planet passes in front of the star, as seen from the Earth. And computer algorithms search for planets by identifying multiple transit events from one star.

“This is one area where humans are still beating code”, Dr Dalba says while congratulating the team.