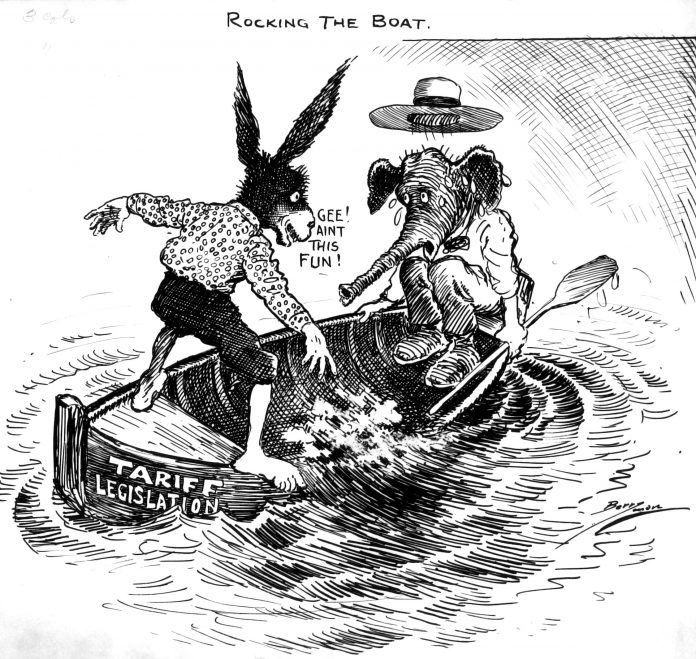 Stocks worldwide rose a little on Friday, but are still down to the recent flare of rising tariffs.

Part of the depression on stock markets worldwide is due to comments between the U.S. and China. President Trump raised tariffs on Chinese imports earlier this month. He said he is trying to close the trade gap between the two countries. The value of China’s exports to the U.S. is much less than they import from the U.S. China, however, said that the U.S.’ attempt to protect their markets is self-defeating. The higher tariffs will not stop China’s economic growth. Instead, it will only serve to raise prices for American buyers.

At the same time, China raised tariffs on American imports in an effort to weaken Trump’s support.

Financial analysts at Danske Bank said that there aren’t any worthwhile negotiations underway. They expect the worldwide trade war to escalate with more countries becoming involved.

Daimler published a reduced earnings forecast this week, saying that the higher tariffs would cut into their Chinese sales. Though a German-owned company, they produce cars in the U.S. for sale in China.

Experts expect the U.S. to make an announcement on June 30th that will further damage relations between the two countries. The U.S. will most likely limit Chinese investment in U.S.-based businesses. The will also limit the export of U.S. tech products to China.

Many wonder what the end result of the increased tariffs will be on American businesses and consumers. Will business suffer from lower international sales? Or will they thrive, as Trump hopes, from higher domestic sales? Trump believes that the tariffs will raise prices on imported goods, making American products more competitive.

Others feel that trying to close the trade gap is an unfair economic measure. If China produces more goods than the U.S., people believe that they should be able to sell those goods without restriction. Others say that because Chinese companies can produce at lower cost than the U.S., they have an unfair advantage.