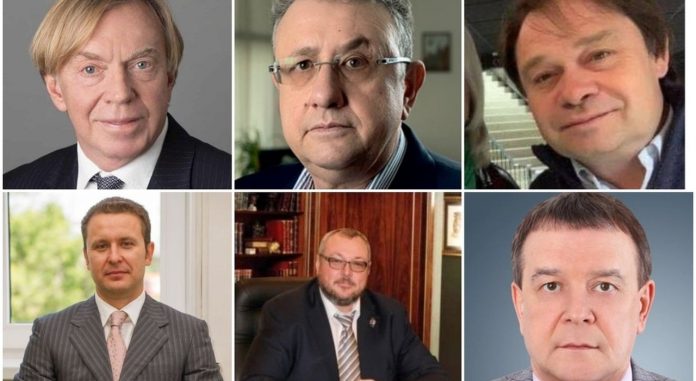 Since the invasion of Ukraine, there have been 7 suspicious deaths of Russian oligarchs. Since Russia invaded Ukraine on February 24th the Russian oligarch class has been dying off.

Several of the deaths have occurred in Russia. But it seems no one in the elite group is safe anywhere in the world. They are becoming suicidal and homicidal at an alarming rate.

Most of the deaths have appeared to look like suicide. Several have died in what looks like murder-suicides along with their wives and children. And the deaths are still under investigation.

Alexander Subbotin, an ex-Lukoil executive, was the latest victim. He died in a strange Rasputin -like death. His shamans allegedly gave him a hangover cure that contained poisonous toad venom.

A number of the victims had energy sector links. And four of the seven were executives at state-owned Gazprom.

Economic sanctions have been imposed by the US, the European Union, the UK, and other countries. The sanctions for their ties to Putin. Several hundred of the elite have been sanctioned worldwide.

The sanctions against Russian oligarchs imposed by the European Union, the U.K., the U.S., and other countries unleashed a wave of asset freezes across Europe. Many have seen their massive wealth decline.

The oligarch class is part of Russian President Vladimir Putin’s extended circle. It includes some of the wealthiest people in the world. And most of this wealth has been handed out, over the years, by Putin as a reward for loyalty.

The ultra-wealthy oligarchs own the majority of the super-yachts in the world.

These global sanctions have prompted the seizure of some of these superyachts. And bank accounts, mansions, and private jets linked to some of Russia’s richest people have also been seized.

Some of the oligarchs have moved their assets to more friendly jurisdictions. And others have relocated to places like Dubai, where they can still pay in Russian rubles. And there are local communities and stores of Russian immigrants.