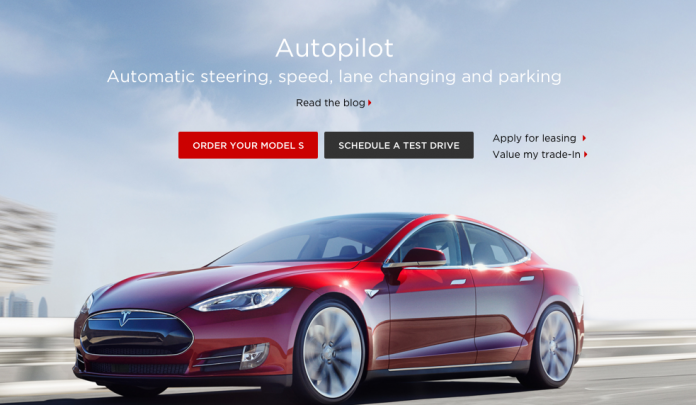 Two U.S. consumer advocacy groups urged the Federal Trade Commission to investigate Tesla. They feel that Tesla’s ads are misleading with use of the word Autopilot. They say that the name is deceptive because it is an assisted-driving technology.

The Consumer Watchdog and Center for Auto Safety brought the request saying that potential customers could be misled, based on Tesla’s advertising and marketing. They say that possible consumers could think that the Autopilot in Tesla’s vehicle makes it self-driving.

Tesla released the Autopilot feature in 2015. This cruise control system partially automates braking and steering. However, Tesla states in the user manual that if the system is turned on, a driver must still keep holding the wheel.

In their letter to FTC, these two groups stated that a series of press releases and ads from Tesla make the Autopilot name deceptive. They also said that some of Elon Musk’s, Tesla’s CEO, statements are deceiving and misleading. They say he is trying to prove to customers that Autopilot is more capable and safer than it is.

In the letter, the groups stated that Tesla is the only company that presents their Level 2 vehicles as self-driving. They also said that it is now up to the FTC to investigate Tesla and their deceptive and unfair practices so that customers have accurate information. They want consumers to understand clearly the limitations of Tesla’s Autopilot.

Two drivers in the U.S. died in crashes while the Autopilot was on. Safety regulators are investigating the most recent crash that happened in March.

Tesla’s officials stated that using Autopilot is resulting in 40% fewer crashes. The U.S. National Highway Traffic Safety Administration repeated this claim in a 2017 report on the first fatal crash. The first crash happened in May 2016. However, the agency said earlier this month that regulators didn’t estimate how effective the technology is.