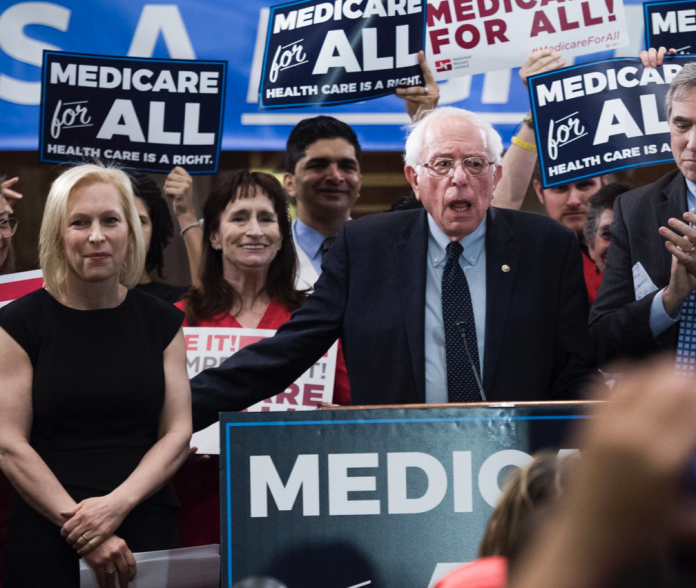 Earlier this morning, Seema Verma, the administrator for the Centers for Medicare & Medicaid Services (CMS) appeared on Fox & Friends.

During Verma’s time on air, she warned about the massive perils associated with Medicare-for-All.

Medicare-for-All is a form of socialized, government-run healthcare which many Democrats have endorsed. This is something which conservatives maintain serious issues with and claim would hurt Americans.

According to Seema Verma, conservatives might be right. During her time on Fox & Friends, the CMS administrator stated that Medicare-for-All will not serve Americans well at all.

Her exact statement read as follows:

“Medicare-for-all is the biggest threat to the American health care system. What we’re talking about is stripping people of their private health insurance, forcing them into a government-run program.”

Additionally, Verma discussed the extensive role which government would play in the healthcare of Americans contingent upon the enactment of Medicare-for-All. This includes the nature of medicine which people are allowed access to coupled with applicable benefits.

Finally, Verma professed that other nations which have attempted to enact socialized healthcare have experienced failure.

“If we look at other socialized countries that have tried this approach, what do we see there? Long wait times, poor quality health care and that’s why those people are flying to the United States to get their health care.”

Several 2020 Democrats have come forth and endorsed Medicare-for-All. The left regularly brands socialized healthcare as an asset which will benefit everyone and ensure that all Americans have access to healthcare.

However, the statements made by Verma echo the concerns of many conservatives. Those on the right-wing overwhelmingly maintain that the quality of government-run healthcare would drastically decrease.

The financial aspects associated with Medicare-for-All are another issue which conservatives have. During a town hall earlier this week, 2020 Democrat candidate Bernie Sanders admitted that Medicare-for-All would result in higher taxes for Americans. The altogether amount of Sanders’ policies would reportedly cost each U.S. taxpayer at least $20,000.