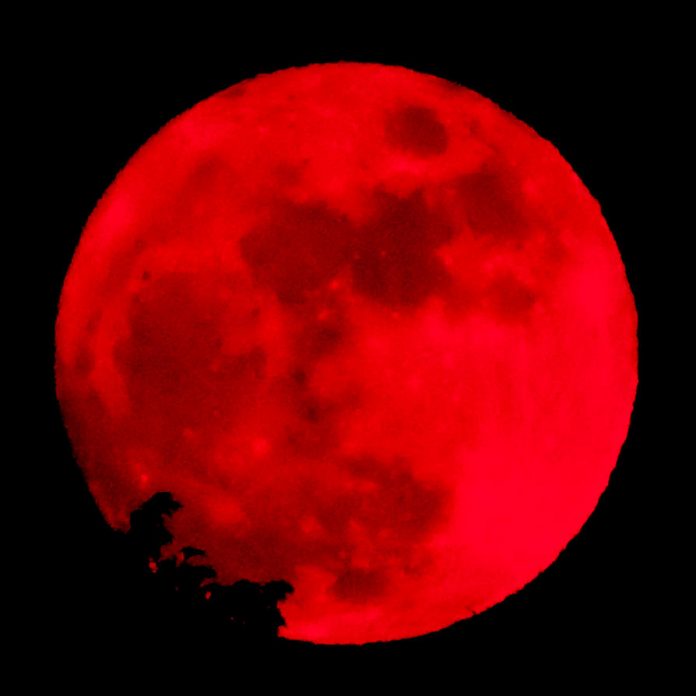 This weekend is the first time since January 2019 that a total eclipse of the moon has graced the sky over the entire United States. And weather permitting, skywatchers should see a “Blood Moon” because the moon should turn dark red at the peak of the eclipse.

It should be one of the major skywatcher events of 2022. During this lunar event, there should be visible color changes in the moon. And peak viewing time is an hour and 25 minutes. All the elements make it a much-anticipated event.

The Blood Moon will be visible throughout the US and to billions of people around the globe. Depending on the cloud-cover, people in most of Canada, Central America, South America, Western Europe, and western Africa should be able to see the total eclipse.

As long as the skies are cloud-free above you shouldn’t need a telescope or binoculars to see the eclipse.

May’s full moon is also known as the “Flower Moon.” Since there are lots of flowers blooming in May, according to the Old Farmer’s Almanac.

On Sunday as the sun sets over North America the Earth, Moon and Sun will start to align. The eclipse starts before the moon rises over the West Coast. And as the moon climbs above the horizon, it begins to turn red.

The shifting color is due to changes in the light reflecting off the moon during the alignment.

“During a lunar eclipse, the moon turns red because the only sunlight reaching the moon passes through Earth’s atmosphere,” NASA explained.

“The more dust or clouds in Earth’s atmosphere during the eclipse, the redder the Moon will appear,” NASA added. This dust could come from a variety of sources, such as wildfires or volcanic eruptions.

The chances of seeing the eclipse are much higher across the central and western U.S. with partly to mainly clear conditions in the forecast on Sunday night.

Clouds are anticipated across the Pacific Northwest and into British Columbia. So, the metro areas of Portland, Oregon, and Seattle, Washington may have intermittent weather issues that block views of the total eclipse.

But the total phase of this lunar eclipse lasts over an hour as the moon slowly passes through Earth’s shadow. So, it’s possible you can still get some glimpses of a red moon in the night sky.

Here’s hoping the Moon appears bright red and beautiful for all the stargazers who stay up late to watch.