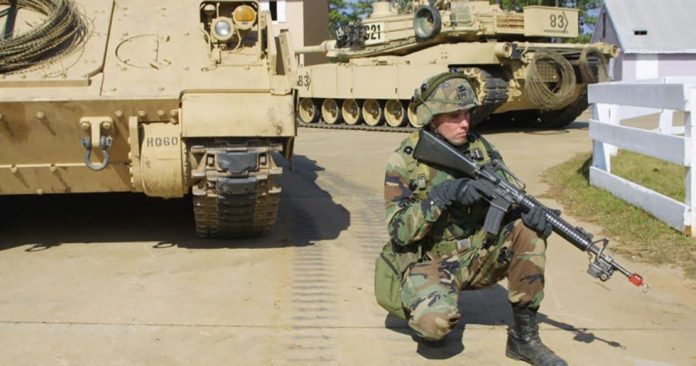 Note: Neither the writer of this story nor The USA Herald takes a position on the use of martial law. We neither endorse nor condemn it. This piece is simply an examination of the law.

As the Supreme Court has decided to take a backseat to the latest election challenge, and with time running out, many supporters of President Donald Trump have called for martial law.

Most notable among them was former national security advisor Michael Flynn who retweeted a full-page ad that ran in The Washington Times that said it was necessary to avoid a real Civil War.

“We wanted to express our concerns to the President, to the legislators, courts, and Congress that We the People will NOT cede our exclusive Constitutional right to elect our Representatives to judges, lawyers, courts, Governors, Secretary’s of State, Congress, corrupt election officials and local politicians, the corrupt media – or Leftist threats of violence! It is OUR EXCLUSIVE RIGHT to elect our President and that sacred right has been infringed by the massive, planned, illegal election fraud conducted by corrupt Democrat/Socialist Party operatives across our nation to steal our vote. We will NOT stand for it,” Tom Zawistowski, President of the TEA Party affiliated We the People Convention said.