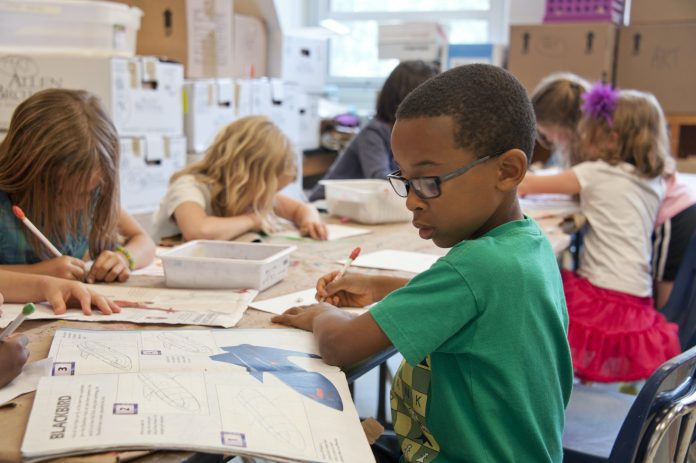 In the midst of the U.S. reaching 3 million positive coronavirus cases, President Trump inserted himself into the ongoing conversation surrounding schools reopening in the fall, insisting that empty classrooms are not an option.

The public discussion started Monday, July 6, with President Trump tweeting, “SCHOOLS MUST OPEN IN THE FALL!!!” And on Tuesday, July 7, he met with various health and school officials, as well as students and their parents at the “National Dialogue on Safely Reopening America’s Schools” event at the White House.

President Trump called the CDC’s recommendations for reopening too expensive and “very tough.” He also threatened to cut off funding to schools who do not reopen in the fall.

The decision is ultimately up to local and state government officials who fund 90% of the school expenses. Many of these authorities have already given the green light to colleges and universities to announce their reopening plans.

There are over 13,500 school districts in the United States. Each district will have to develop and defend their plan to reopen or close schools to parents, faculty, staff and students.

Dissent at the state level

Gov. Cuomo of New York said on Monday that New York has made no decision concerning schools. “We obviously very much would like to. Nobody even knows the effect that this is going to have on students, socialization of young students, et cetera.” Citing the “fluid situation” and rapidly evolving situation, Gov. Cuomo has asked every school district in New York to come up with a reopening plan.

The state of Florida is significantly fractured on this issue. Florida Education Association President Fedrick Ingram tweeted on Tuesday during the National Dialogue on Safely Reopening America’s Schools, “I don’t disagree with the sentiment that the goal should be to have kids on campus. But hope isn’t a goal. They [The Trump Administration] are doing nothing to provide the steps necessary to meet the goal.”

I don’t disagree with the sentiment that the goal should be to have kids on campus.

But hope isn’t a goal.

They are doing nothing to provide the steps necessary to meet the goal. @WhiteHouse @AFTunion @NEAToday @andrewsparfea @cgauronskas

Florida Education Commissioner Richard Corcoran said in a July 6 emergency order that students have to go back to school five days a week come the fall. “…extended school closures can impede educational success of students, impact families’ well-being and limit many parents and guardians from returning to work,” said Corcoran.

Tennessee Sen. Lamar Alexander said although the number of positive COVID-19 cases are surging, not allowing children to go back to school is worse than keeping them home.

Trump also interjected that former Vice President Joe Biden and other leading Democrats do not want schools to reopen in the fall for political reasons. “They think it will help them in November. Wrong, the people get it!,” President Trump tweeted.

Corrupt Joe Biden and the Democrats don’t want to open schools in the Fall for political reasons, not for health reasons! They think it will help them in November. Wrong, the people get it!

The president has been criticized for demanding the reopening of schools, so the economy is stimulated and regains some measure of normalcy in the last few months before the November election.

While many Americans remain unsure and in the dark about whether or not the country’s 50.8 million public school students can resume in-person classes in the fall, Americans can trust that local officials will ultimately be making that decision.